Samskip cuts emissions by 90% with biofuels 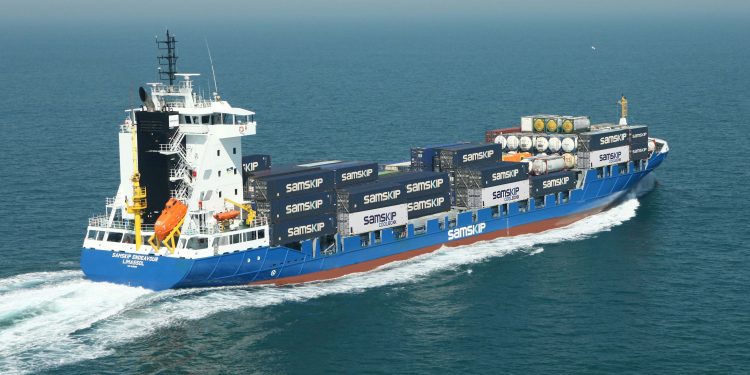 Samskip has extended its commitment to sustainable biofuels in shortsea shipping operations, calculating that it will make 45,000 tonnes in additional CO2 emissions savings before the year is out as a result.

Following biofuel trials in 2019, Samskip began running main engines onboard the 800-TEU Samskip Endeavour as a routine part of services between the Netherlands and Ireland.

The company extended terms to include Samskip Innovator on the Netherlands-UK service last year, before adding Samskip Hoffell and Samskip Skatafell on the Iceland-UK-Netherlands route in 2022. Bunkering for all four ships takes place in Rotterdam.

Initially using a biofuel blend which achieved a 30% CO2-reduction, more competitive pricing enabled Samskip to integrate a 100% biofuel from 2021 and achieve the 90% reduction.

According to Mr. Hofmeester THE biofuel performance was “excellent, without exception”. Positive cooperation with Flag, Class and national authorities, ship managers and crews had proved pivotal in the acceptance of the fuelling alternative on a licensed basis, he added.