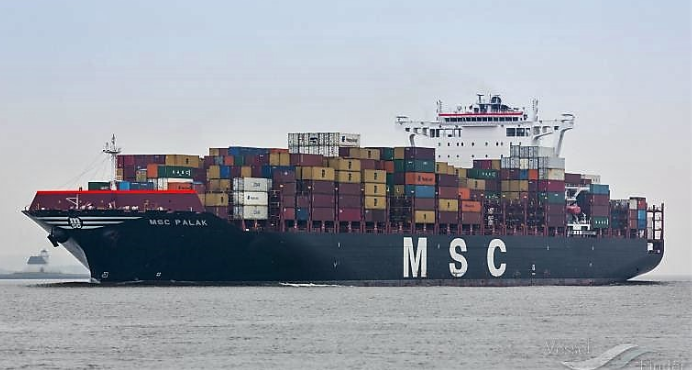 Following the container loss incident of the MSC Palak in Algoa Bay about a week ago, the South African Maritime Safety Authority (SAMSA) released the vessel.

In fact, the 9411 TEU containership "MSC Palak " was detained after the loss of a reported 22 containers overboard at sea while battling a stormy and wet weather in Algoa Bay.

In light of the situation, a salvage operation took place shortly after the incident. Specifically, the vessel owners MSC, successfully relocated some debris to facilitate safe passage of ships in the area.

The salvage operation currently in progress involves SAMSA, the vessel’s Insurance, Department of Environment, Forestry and Fisheries (DEFF), Transnet National Ports Authority (TNPA), the vessel owners, MSC and local clean-up services providers. They have been working tirelessly to salvage what is left of the containers that came adrift during the incident.

What is more, MSC further committed their organization to be financially responsible for any clean up that may be required in the bay and areas in the vicinity for the next five years, if deemed to be linked with the incident.

The MSC Palak has since been released from detention by the South African Maritime Safety Authority on 21st July 2020 and has been allowed to sail to the next port.