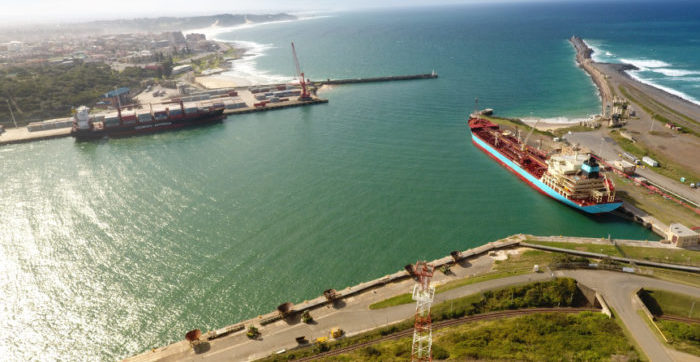 SAMSA not apologetic on attraction of investment, says CEO

The South African Maritime Safety Authority (SAMSA) is not apologetic about the approach of its contribution to economic development in the Eastern Cape, was the key message of the agency’s CEO, Mr Sobantu Tilayi responding to a criticism with regards to SAMSA's role in the attraction of investment into bunkering services in the coastal city of Port Elizabeth in Nelson Mandela Bay.

This initiative was launched in the province in 2017 with the financial backing of the Office of the Premier, Eastern Cape, and technical and administrative support by Harambe.

The bunkering services – essentially an international fuel services station established in the port of Port Elizabeth ocean precinct at the initiation of SAMSA began operations in 2016.

Recently, certain groupings, involving mainly environmentalists, have mounted opposition to the venture on fears of possible environmental degradation due to possible oil spillages.

In response, during a formal function to mark the registration of a fifth vessel under the South African flag in the port of Port Elizabeth a week ago, Mr Tilayi said the introduction of the bunkering services in the city had been undertaken following careful assessment of its suitability for the international service to trade cargo vessels passing along the southern oceans of Africa.

In addition, he said SAMSA was the country’s agency tasked with prevention of pollution by ships along the country’s three oceans, and also responsible for ensuring the safety of people and property at sea. Therefore, it was incumbent upon SAMSA to make sure there was no environmental threat of the seas by the bunkering services.

However, consistent with both SAMSA’s mandate as well as objectives of the Operations Phakisa (Oceans Economy) initiative launched in 2014, crucially, a major consideration was that the investment into the bunkering services was a necessary economic intervention for especially the region of the Eastern Cape province that had historically been ignored by previous government policies and initiatives.

He said contrary to claims by critics, the bunkering services had yielded positive results as it had to date generated sizeable financial income for the Nelson Mandela Bay region running into millions of rand and created employment for about 300-500 people directly and in downstream businesses.