Sailor’s society launches ‘Not on my watch’ campaign

Maritime charity Sailors’ Society is petitioning the International Labour Organization (ILO) to make wellness training for seafarers mandatory in the Maritime Labour Convention (MLC). The petition is an important part of the charity’s Not On My Watch campaign to combat suicide and depression at sea.

Mainly, the campaign calls maritime companies to donate to the charity's work with seafarers struggling with depression and to run wellness training for their staff.

According to Sailor's Society, up to a quarter of seafarers suffer from depression and nearly six per cent of deaths at sea are attributable to suicide, increasing dramatically if probable suicides – seafarers going missing at sea under suspicious circumstances – are taken into account. 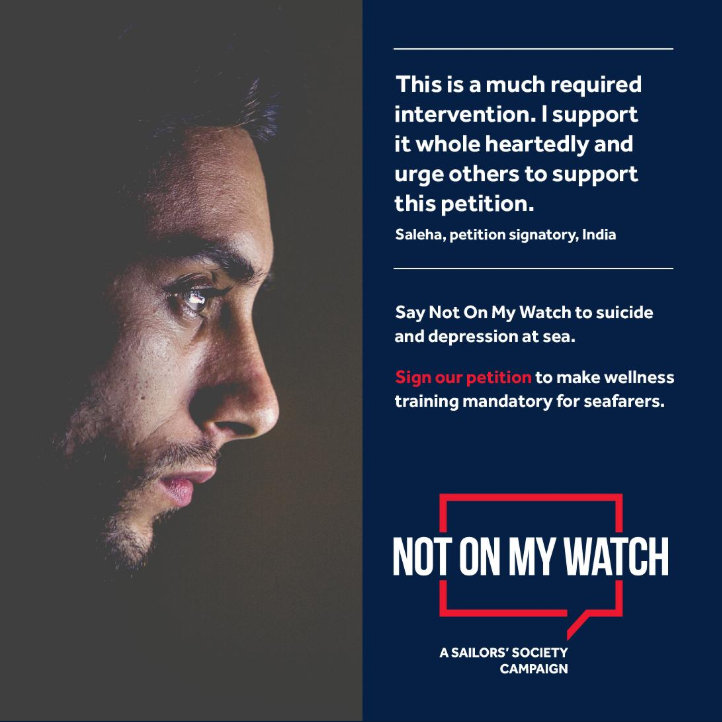 Additionally, less than 1% of deaths in the UK in 2017 were recorded as suicide.

These are shockingly high rates – and one suicide is one too many. The fact that six times as many deaths at sea are attributable to suicide highlights how urgent an issue mental health at sea is.

She continued that that's why they established the 'Not on my watch' campaign.

Moreover, the MLC is an ILO convention that regulates the living and working conditions for seafarers. MLC is supported by 92 member states, representing more than 91% of the world merchant shipping fleet.

In light of the petition and attracting supporters, Aditya Giri, director of Humans at Sea and a former seafarer, has thrown his support behind the campaign by being the first person to sign the petition. 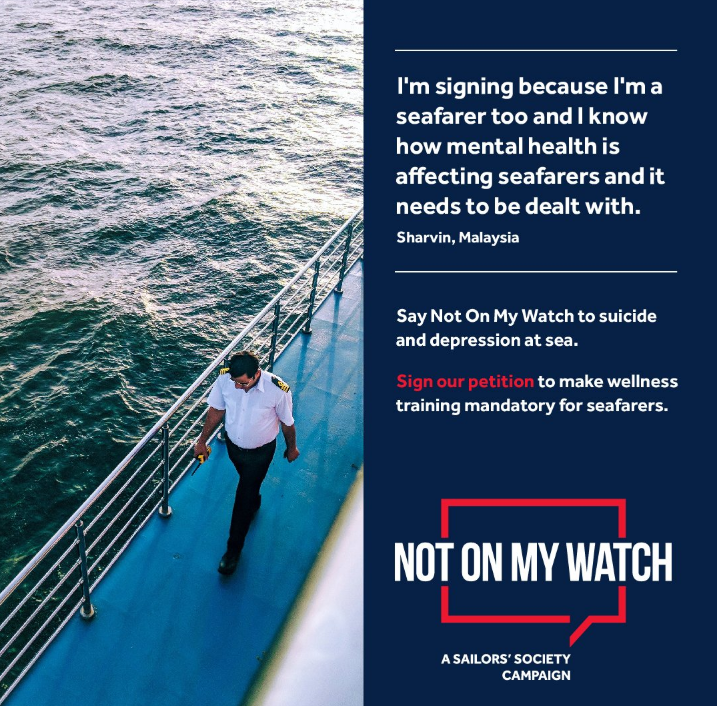 Aditya has personal experience of the devastating impact of depression at sea. He was sailing in the Atlantic Ocean when one of his crewmates jumped off the ship to his death. The crew, who had no idea their friend was depressed, searched everywhere for him and were devastated to find a suicide note in his cabin.

Sailor's Society supports seafarers' well being and wellness at sea.

Seafarers tell us that wellness training makes them more confident to handle the pressures of life at sea. If more seafarers are equipped with basic wellness training, they will be empowered to identify the signs of depression and know how to get help.