Try your hand at traversing one of the most highly trafficked nautical thoroughfares in the world. 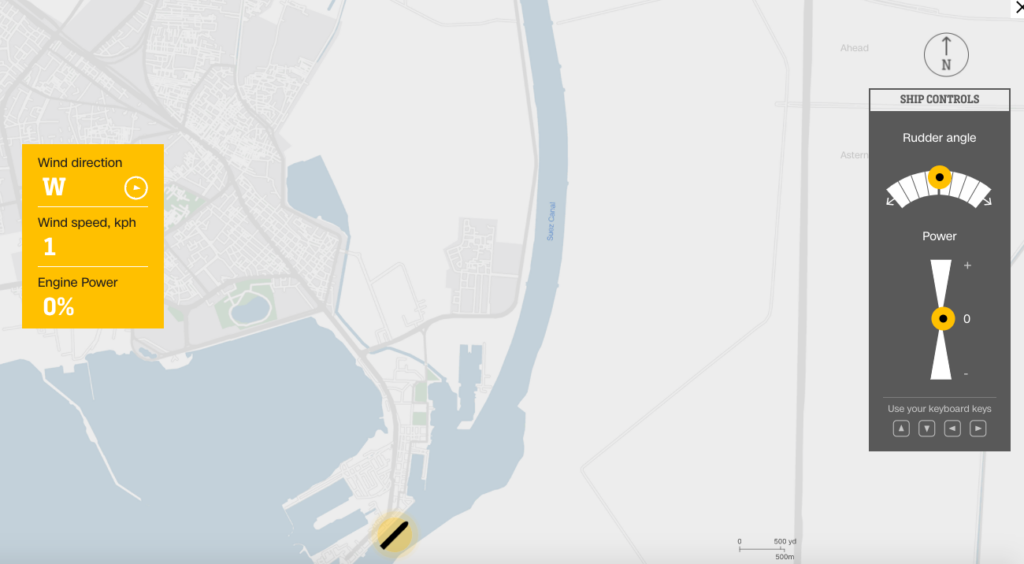 The Suez Canal has served as a shortcut for cargo ships since it was built in 1869. It links the Mediterranean Sea to the Red Sea, dividing Asia and Africa. Ιn particular, Suez canal connects Port Said on the Mediterranean Sea to the Indian Ocean via the Egyptian city of Suez on the Red Sea. According to data by the Suez Canal Authority, on average, over 50 ships passed through the canal per day in 2020.

As explained, the simulator is a non-scientific simplified interactive experience intended for illustrative purposes only. There are many factors that have not been accounted for, including (but not restricted to): the depth of water; proximity to the banks; interaction with passing ships; the turning circle; availability of tug boats and other weather conditions like visibility. They have also sped up the time it takes to maneuver a ship of this size.