Russia to construct first deepwater port complex in the Baltics 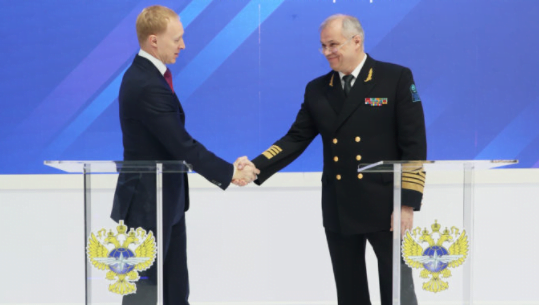 As informed, the project focuses on the implementation of the largest investment project on the Baltic coast of the Russian Federation. In fact, by 2030, a whole complex of transshipment port facilities with a cargo turnover of up to 65 million tons per year will be created.

With ten cargo berths, the complex will have a berth space of 3,700 meters and a depth of 18 meters in the water area.

The seaport of Primorsk will be able to have full digitalization and optimization in the transshipment processes management. The seaport will use new systems for loading, storage and transshipment of bulk cargo using closed technologies that exclude the negative impact on the environment. Dusting and noise impacts will be totally excluded, Rosmorport said.

The port complex is also seen as an important strategic facility for reorienting transit cargo flows from the seaports of the Baltic states and developing Russia’s export potential.

The construction of the port complex is planned to be finalized by December 2024. In 2025, a trial operation of terminals will be carried out, logistics will be built up by shippers, and an increase in cargo turnover on a step-by-step basis will be carried out.

At present, design work has already been completed and state expert examinations have been passed. A construction stage of the preparatory period has reached its closing phase.