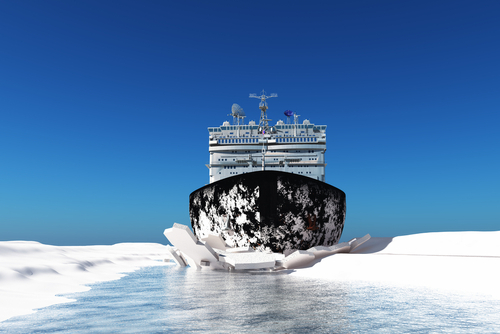 As Mr. Putin said during an economic forum in Vladivostok, Russia should carefully consider the perspectives of such a transport corridor.

He also added that the route is “the future for international shipping between Asia and Europe”, expressing his hope that next year, Russia could open the first regular voyages with goods, including containers, between Vladivostok and St Petersburg.

What is more, Mr. Putin explained that Russia would not restrict other countries using the Northern Sea Route across its northern flank.

In the meantime, Russia was allegedly considering subsidies for shippers sailing the Northern Sea Route. As Aleksei Chekunkov, Minister of the Far East and Arctic, said in a newspaper interview, trans-Arctic container traffic is vital for the successful development of the Northern Sea Route, and for that reason active measures needed to be taken.

He also noted that that shipments on the Northern Sea route should not be more expensive than by railway or through the Suez Canal.

Now, Russia aspires to get annual shipping volumes up to 80m tons by 2024, and to make it a year-round operation.