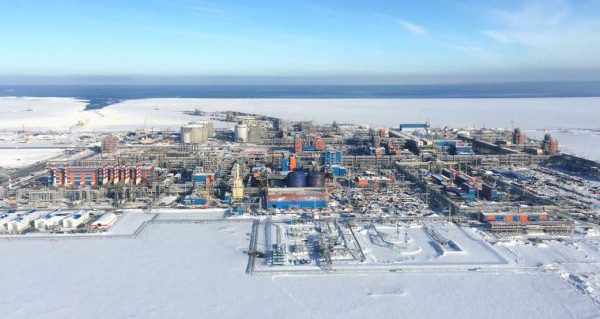 Being approximately 1.500 miles from Moscow, the small port of Sabetta is now the site of Russia’s most ambitious liquefied natural gas project, operated by a company that only entered the market just over a year ago, as Bloomberg reports.

Specifically, Novatek PJSC announced that future plans will make Russia one of the biggest exporters if the fuel within a decade.

Novatek has already shown that ti is possible to produce and liquefy the fuel in such harsh conditions at competitive prices and ship it to markets thousands of miles away in Europe and Asia.

That’s helped by receding Arctic ice which is allowing a specially built fleet of strengthened tankers to ship fuel along Russia’s northern coast.

The following week, President Putin will discuss the potential of developing Russia’s hydrocarbons at the International Arctic Forum in St. Petersburg. Putin has been always supporting the oil and gas growth sector.

When opening the first production train of the Yamal LNG project in late 2017, Putin stated the region gives Russia the opportunity to take up the fuel’s ‘niche it deserves.’

In addition, Novatek, being supported by major stakeholders, including Russian billionaires Leonid Mikhelson and Gennady Timchenko, as well as French energy giant Total SA, became Russia’s top LNG producer after starting up its plant in the Yamal peninsula almost two years ago.

The facility reached its full capacity at the end of 2018, ahead of schedule, doubling Russia’s share of the global LNG market to 8%.

All three of Yamal LNG’s production units, with a combined actual capacity of 17.5 million tons a year, are now online.

Novatek is attracting partners for a second plant, the Arctic LNG 2 project, expected to come online in 2022. Yet, the company is thinking of commissioning a third facility and might develop its LNG production target for 2030 by about 20%, to as much as 70 million tonnes a year.

Russia, although being the world’s largest gas exporter, joined later the global LNG sector, as it mostly focused on investing on pipeline supplies to Europe. That’s why, until recently the county had only one liquefaction project operating.

The country has now taken an interest in the market for tanker-borne fuel amid growing global LNG demand and more difficult relations with its customers in the European Union.

We believe that Russia could be the fourth or even the third biggest holder of LNG production capacity.

Russia’s Novatek aims to cut decrease times to Asia through the Northern Sea Route, according to Bloomberg.

The resources are located more than 5,000 kilometers (about 3,100 miles) away from key markets in Asia and are almost 4,000 kilometers from the European trading hub at the port of Rotterdam. That requires extensive shipping capability.

Additionally, the cost of producing Yamal feedstock gas is only around $0.1 per million British thermal unit, whereas U.S. producers typically buy their gas on a market such as the Henry Hub, where prices are currently about $2.60.

As Novatek eyes the Arctic LNG 2 Project, its success has attracted many global players, from Total to China National Petroleum Corp.

Total, a shareholder in Novatek’s first LNG project, last month signed a deal to buy a 10 percent stake in the second plant. The French major’s commitment could prompt a rush of other potential partners to take stakes in the project.