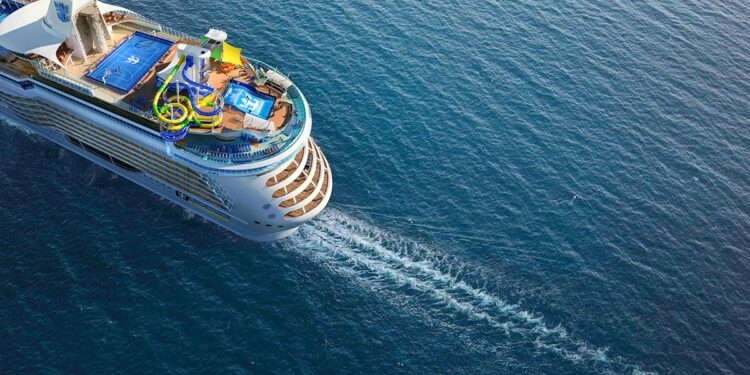 Royal Caribbean Group announced a new initiative to make its cruise ships as eco-friendly as possible by reducing net zero emissions by 2050.

Namely, “Destination Net Zero” is the name of the new program that the company is calling its collective effort. There are four primary objectives in its pledge to pursue science-based targets:

We are announcing the most important destination of all in our company’s history – Destination Net Zero – an ambitious strategy to cut emissions, protect our oceans, and ensure the viability of the hundreds of destinations that our guests and crew members care deeply about

In order to achieve these goals, in a period of 18 to 24 months, Royal Caribbean Group will develop targets to be validated by the Science Based Targets initiative (SBTi). The work will begin after the publication of SBTi’s marine transport methodology.

The company will also set key milestones to ensure they are making progress, one of which will be the delivery of a net zero cruise ship by 2035.

Thanks to optimized hull design and system upgrades such as AC chillers utilizing 30-40% less energy, Royal Caribbean Group has consistently delivered a new generation of ships 20-25% more efficient than their predecessors

To reach their goal of net zero emissions, Royal Caribbean Group will pull a lot of levers, including a few already announced.

More specifically, SilverSea Cruises will launch the first hybrid-powered ship set to debut summer 2023, and a wind farm in Kansas will offset up to 12% of the company’s scope 1 and 2 emissions per year.