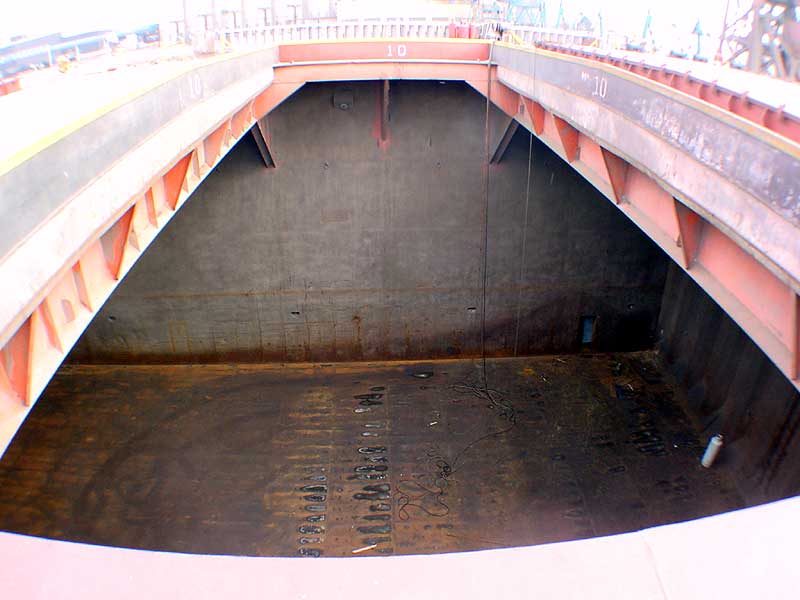 A safe and environmentally-friendly robot technology improving ship cargo hold cleaning will assist the dry bulk industry in hold cleaning operations, by reducing the risk of cargo contamination and decrease the cleaning costs.

Specifically, the CLIIN technology boosts the efficiency and safety measures during the cleaning operations in favour of the seafarers, given that cargo hold cleaning is a challenging operation. Additionally, surveyor non-compliance hold-ups, and charter party disputes will be eased and enhanced with the use of the technology.

In addition, already deployed by shipping stakeholders, including Ultrabulk, Norden, J. Lauritzen and Oldendorff, the technology protects the marine environment by preventing the dissemination of as much as 300,000 tonnes of chemicals being released into the world’s oceans when cleaning cargo holds.

Due to the fact that the robot eliminates the use of very strong chemicals, seafarers are healthier and safer, as less crew will be exposed to these toxic substances. Also, seafarers' safety will be boosted, as there will be no need to suspend crew members on harnesses from the hatch coaming.

In comparison to the traditional cleaning operation, the robot needs four to eight hours to clean a hold, depending on ships size and regardless of the condition and cargo carried, reduce cleaning time by up to 50%, while as stated above fewer crew will be present, consequently reducing total working hours.

In the meantime, the robot reduces the possibility of cargo contamination, which can lead to cargo damage claims from receivers. This in turn reduces the risk of a cargo hold being rejected by inspectors and triggering delays and charter party disputes.

Thomas Jørgensen, co-founder and director of CLIIN, stated that

For too long the dry-bulk industry has been rigidly fixed to traditional and outdated cargo hold cleaning methods that are not only time-consuming, but pose a risk to crew welfare, and expose our oceans to unnecessary exposure to millions of litres of chemicals.