Following the rough weather conditions of the Storm Ciara in the UK and Ireland, Royal National Lifeboat Institution (RNLI) crewmembers faced strong winds during their rescue operation upon a fishing boat that was stranded without power, on Sunday 9 February in Edinburgh, Scotland.

In fact lifeboat teams from Dunbar and Anstruther joined their forces for the stranded vessel, under bad weather conditions.

The Ullapool-flagged fishing vessel unexpectedly lost its steering after its departure, close to the coast of the Isle of May. For the records, the fishing boat had departed from Eyemouth at midnight Saturday for its night’s fishing operations.

The crew shut down power, trying to fix the problem but found that the engine had failed as well. Following several unsuccessful attempts to restart the boat, eventually called the UK Coast Guard to provide its assistance. 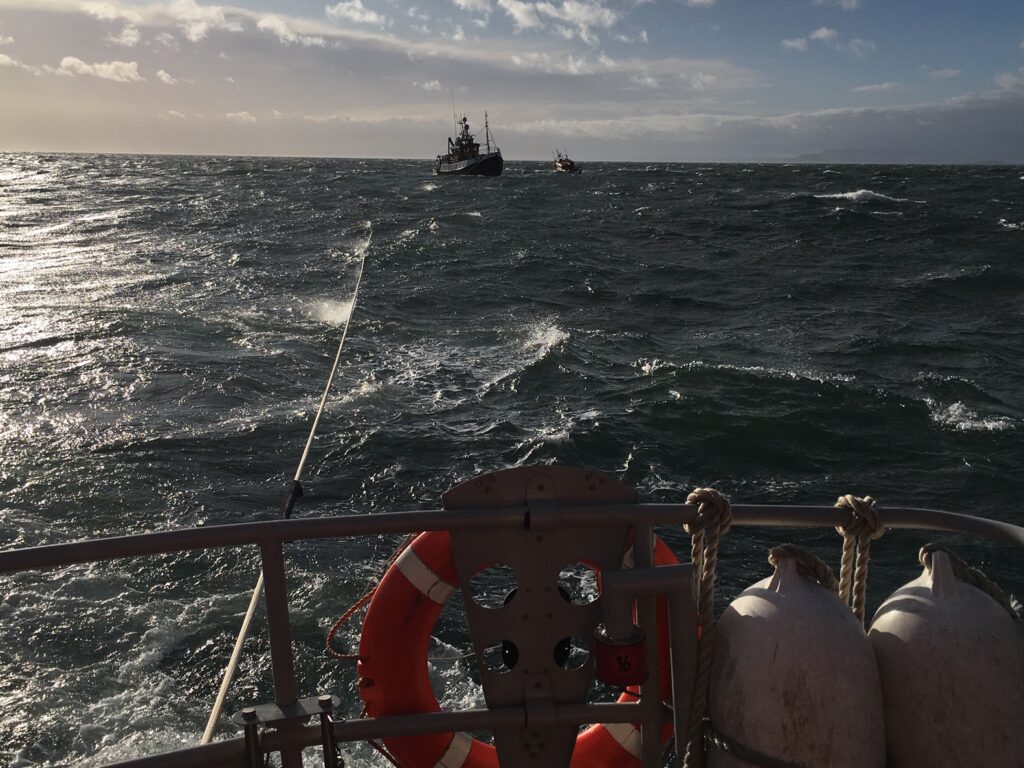 Anstruther volunteers launched their Mersey class all weather lifeboat (ALB), located the vessel north east of the Isle of May and at around 1.30am began towing the fishing boat to Pittenweem harbour. They requested Dunbar provide assistance to act as a break when it came to manoeuvring the vessel into the harbour.

...as RNLI said in a statement.

At around 2.50 am, Dunbar’s lifeboat assisted the Anstruther and took over the tow, just north west of the Isle of May, making its effort to arrive at Pittenweem before the tide turned.

However, at around 4am there was an ebbing tide which made it more difficult to safely access the harbor.

In light of the situation, Dunbar’s crewmembers decided to take the fishing vessel to Methil harbour, where the tide was more deneficial.

With the Storm Ciara's arrival and while facing waves up to ten feet and high winds with gusts of up to 60mph, the two lifeboats managed to safely moor the fishing boat at 11 am.

We were more than happy to assist our RNLI colleagues at Anstruther. It was a tricky job in challenging conditions and we were delighted it went well.

Overall, RNLI in Oban Station recently rescued a vessel dragged anchor off Oban bay, which was facing difficulties due to force winds.