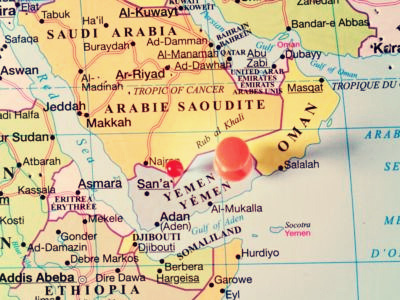 The Republic of the Marshall Islands (RMI) has issued a Ship Security Advisory to recommend heightened vigilance while transiting off the Southern Philippines and Yemen and warns on potential terrorist involvement in attacks on merchant vessels in these areas.

RMI says that while recent media reports claim that Yemeni and Emirati soldiers seized Yemen's seaport of Mukalla from al Qaeda fighters on Sunday 24 April 2016, any non-essential operations in this area should be avoided. RMI has received the following information from private maritime security company, LSS-SAPU :

Following the 3 incidents of kidnapping 18 seafarers in Philippine waters by terrorist group Abu Sayyaf videos with ISIS banners were posted by the group threatening to behead hostages unless they were paid $4.5million in ransom. Yesterday night off the Yemeni port of Mukalla, which had been allegedly overrun by Al Qaeda for some time now, came another event that could very well be not an act of piracy but one of terrorism potentially linked to Al Qaeda itself

With a 5‐year experience and having deterred Somali pirates numerous times there were many points that did not bring Somali pirates in mind. The assailants were approaching the anchored vessel off Mukalla at relatively low speed with 2 Yemeni type skiffs, single outboard engine and with app. 3 men on board each at a distance of approximately 150 meters.

SAPU commandos were partly on bridge - partly on the port side wing at that time monitoring the situation although there was nothing unusual to it as skiffs were coming and going at all times when with no warning they sustained automatic fire from one of the skiffs. Whilst the crew retreated to the citadel simultaneously SAPU on board assumed battle positions fired warning shots and eventually deterred the skiffs which were firing and attempting to close the distance to the vessel for app. 10 minutes time. Most importantly, there were no injuries to the crew and SAPU itself.

Yemeni type single engine skiffs are not the norm for Somali pirates. Attacking at night to a visible group of people on the wing of an anchored vessel monitoring you from a small distance at a clear night is also not a Somali piracy norm. What is more, attempting to close the distance with suppressing fire whilst simultaneously receiving warning shots for a period of 10 minutes is yet again not a Somali piracy average reaction

Taking hostages instead of the vessel itself is widely implemented in Nigerian waters as a fast cash/low cost success formula. Copycats are no surprise in such dire events and their actions were experienced as described above three times recently in the Far East, only this time through a terrorist group. We fear last night’s event is more terrorist than Somali piracy related yet in such situations one can never be certain who he is facing until it is sometimes too late. If our assumption is correct we could expect similar events off Libya, Somalia or in fact from any coastal state terrorist groups can launch their attacks on merchant vessels and retreat to any form of safe refuge with hostages.

Blood could be shed last night off Mukalla or hostages could be taken if SAPU was not on board. Considering the above we merely suggest vigilance and for Risk Assessments to be implemented well in advance for at least the above mentioned states. Preparing the vessel as per BMP4 is also an essential practice and employing armed guards where needed will greatly enhance any vessels security level. In these turbulent times crime, piracy and terrorism at sea are sometimes linked, sometimes not but the result is the same. Human lives are at stake and we must all work against this dreadful phenomenon before it gets out of hand.

The US Department of State has also issued a Philippines Travel Warning advising US citizens to ''defer non-essential travel through the southern Sulu Sea region from the southern tip of Palawan, along the coast of Sabah, Malaysia and the islands of the Sulu Archipelago, up to Zamboanga City, Mindanao. Terrorist and insurgent groups based in the Sulu Archipelago continue to target foreigners for kidnapping in the Eastern Sabah province of Malaysia and in the southern Sulu Sea area.''

Please click below to see the Ship Security Advisory,