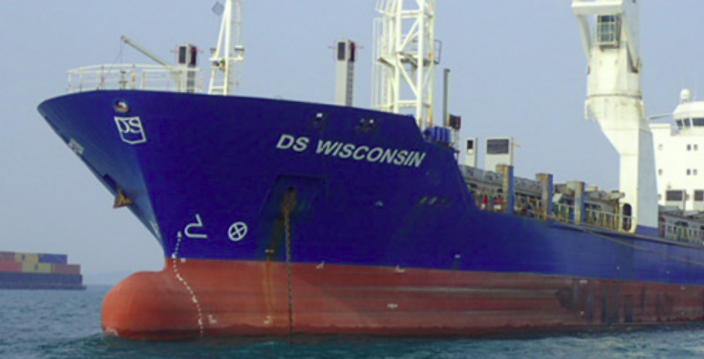 RMI issued an investigation report on the fatal fall of a crew member during repairs to hatch cover, onboard the general cargo ship DS WISCONSIN, in August 2019. While climbing down to the main deck, an Able Seafarer Deck fell from a hatch cover access ladder located on the port side hatch coaming of Cargo Hold No. 2.

On 8 August 2019, the RMI-registered general cargo ship DS WISCONSIN was moored alongside a lay berth in Visakhapatnam, India to complete repairs to the Cargo Hold No. 2 aft hatch cover.

At about 1924, while climbing down to the main deck, Able Seafarer Deck (ASD) 1 fell from a hatch cover access ladder located on the port side hatch coaming of Cargo Hold No. 2.

The ASD1 fell overboard and into the water between the ship and the quay. At some point during the fall, he was rendered unconscious.

The ASD1 was quickly recovered from the water and resuscitation efforts were started. He was transported to a local hospital, where he was determined to be deceased. A postmortem examination determined that the cause of death was “asphyxia due to drowning associated with a head injury.”

Based on the information available to the Administrator, the cause of the ASD1’s fall could not be definitively determined.

It is possible that he lost his grip or slipped from a rung while on the upper half of the access ladder and fell backwards over the guard rail. Only about 0.7 m separates the rail from the access ladder,

The exact cause of the ASD1’s fall from the access ladder is not known since it was not witnessed.

Causal factors that likely contributed to this very serious marine casualty include:

In response to this very serious marine casualty, the Company has taken the following Preventive Actions:

Taking into consideration the conclusions and preventive actions, RMI recommended that the company review the design and placement of hatch cover access ladders on ships in their managed fleet to assess the risk of going overboard in the event of a fall from the ladder. 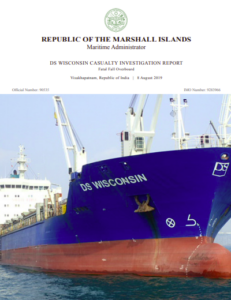