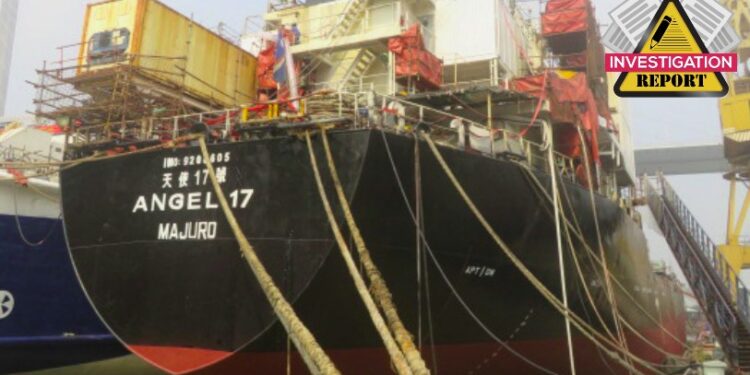 RMI issued an investigation report on the fatal electrocution of a fitter onboard the tanker ANGEL 17 while underway in South Pacific in October 2020. After the incident, the company’s SMS was amended to require using insulating mats for any electrical welding in wet or damp areas.

On 15 October 2020, the RMI-registered oil tanker ANGEL 17 was underway in the South Pacific Ocean. The ship was bunkering fishing vessels operating in the region.

Following completion of a risk assessment and issuance of a Hot Work Permit, the Fitter prepared an electrical arc welder. About 40 minutes after he started welding, the Fitter was heard shouting by several nearby crewmembers. They found him lying motionless on the Engine Room tank top.

The welding leads were quickly disconnected and the power to the welder was secured. Crew members brought the Fitter up onto the deck plating and found that he did not have a pulse. CPR was immediately started; however, he was subsequently declared deceased by the Master.

Causal factors that may have contributed to this marine casualty are:

In response to this very serious marine casualty, the company has taken the following preventive actions:

Following the investigation and the actions taken, the RMI recommended that the company’s SMS requirements pertaining to the periodic inspection of machinery and associated piping be reviewed and amended, as necessary, to ensure they are adequate to identify signs of deterioration before failure.