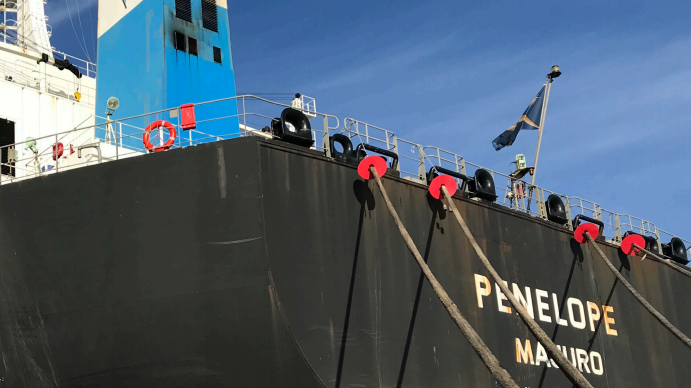 The Republic of Marshall Islands Maritime Administrator issued an investigation report on a fatal fall onboard the bulk carrier 'Penelope' while underway in the Coral Sea in November 2018. A seafarer was standing on the extension platform for one of the ship’s provision cranes which detached and fell 8-9 meters. The seafarer was wearing a safety belt with a line connected to the handrail on the extension.

On 26 November 2018, the Marshall Islands-flagged Penelope was underway in the Coral Sea on a ballast voyage from Yeosu, Republic of Korea to Newcastle, Australia.

At about 16:00 hrs, an Able Seafarer Deck (ASD) and an Ordinary Seafarer (OS) were performing routine maintenance on the port side provision crane.

Both were wearing coveralls, gloves, safety boots, and safety helmets. The ASD was also wearing a safety belt with a line connected to the handrail on the extension.

When the platform extension and the ASD fell, the OS was getting some extra rags and was looking away from the crane. He did not see what happened but reported hearing a loud noise.

He died as a result of injuries sustained from the fall. 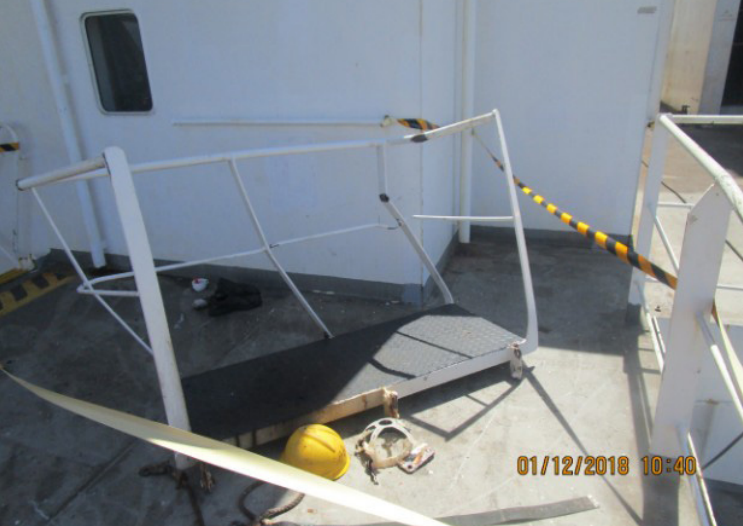 Extension platform near where it landed on the Lifeboat Deck / Credit: RMI

The following Conclusions are based on the above Findings of Fact and Analysis and shall in no way create a presumption of blame or apportion liability:

1. Causal factors that contributed to this very serious marine casualty include:

2. Causal factors that may have additionally contributed to this very serious marine casualty include:

The Company has taken the following preventive actions:

The class has taken or is taking the following actions:

The Administrator has taken the following action:

Based on the above findings, RMI made the following recommendations:

1.No recommendations are made to the company or the class.

2. It is recommended that the crane manufacturer consider:

It is recommended that the Administrator take the above conclusions into account when considering proposals at the IMO related to the development of amendments to SOLAS for shipboard lifting gear and appliances. 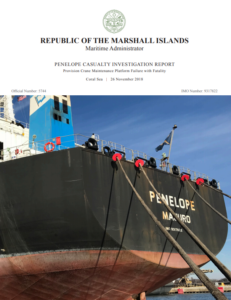