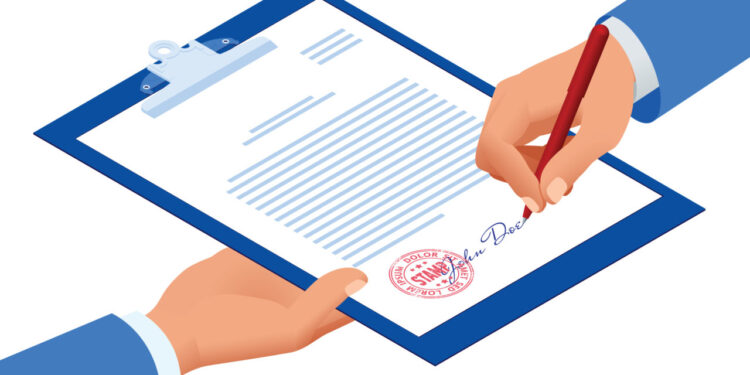 A bill of lading is a contract issued by a carrier (shipping line), or by the agent, to the owner of the goods shipped, to acknowledge receipt of cargo for shipment. The document basically states what goods are being shipped, as well as where the shipment is coming from and heading to.

The owners delivered the cargo without production of original bills of lading at the discharge port in China against the charterers’ Letter of Indemnity (“LOI”).

After the cargo was delivered, the consignee collected somehow only one of the original bills of lading from the bank which had opened a Letter of Credit in respect of the cargo, and provided it to the owners’ agent.

The owners called upon the head charterers to procure release of the vessel by providing bail or security pursuant to the LOI, but they refused on the grounds that their voyage charterers, who provided a similarly-worded LOI, declined to provide bail or security.

In order to obtain the release of the vessel, the owners issued a surety bond by depositing a large amount in cash. The litigation is still ongoing in China.

According to the lawyers’ advice, even if the owners argue in the arrest proceedings that the two remaining bills of lading became null and void because one original bill of lading was collected by the owners, the Chinese courts would refuse to uphold the owners’ argument because the cargo was at the time delivered without production of any original bills of lading.

Although charterers’ LOI may ultimately afford legal and financial protection to the owners for the loss and damage incurred, the owners have incurred significant costs in defending this misdelivery claim in the first instance.

The owners obtained an LOI from the charterers and delivered the cargo at the discharge port in Singapore without production of original bills of lading. The consignee went insolvent without paying for the cargo. A local bank, which possessed the original bills of lading, demanded delivery of cargo from the owners. As the cargo was held under the custody of trustee, release and deliver of the cargo became difficult.

To avoid arrest of the vessel and sister vessels, the owners had to cancel their port calls at Singapore and demanded the charterers to put up a security to the bank.

After lengthy negotiations between the owners’ and the charterers’ lawyers, the charterers finally agreed to handle the matter, and eventually settled the claim with the bank.

Although the charterers agreed to deal with the misdelivery claim, the owners incurred significant losses and costs as a result of cancelling planned calls at Singapore, and dealing with the lawyers representing the bank and the charterers (The owners are seeking recovery of the legal costs from the charterers).