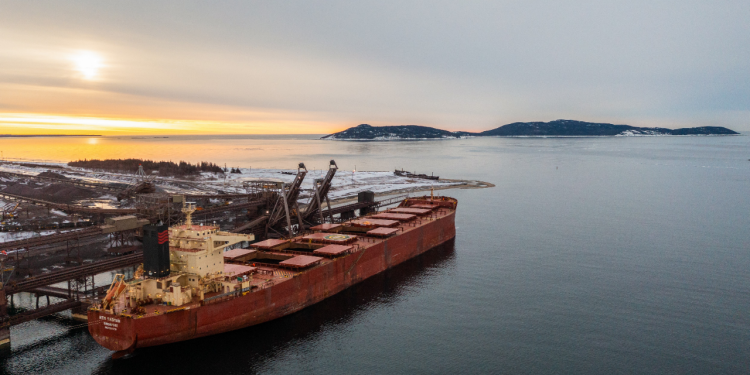 Rio Tinto and bp have agreed to work together on a one-year biofuel trial to help reduce carbon emissions from Rio Tinto’s marine fleet.

Under the trial, bp is supplying Rio Tinto with marine biofuel for approximately 12 months. The fuel will be trialled on Rio Tinto’s RTM Tasman vessel on a mix of Transatlantic and Atlantic-Pacific routes, in one of the longest-duration marine biofuel trials to date.

The results of the trial will help Rio Tinto study ways to reduce its carbon emissions from its marine fleet and inform its future biofuel strategy.

Rio Tinto’s ambition is to reach net-zero emissions from shipping their products to customers by 2050 and to introduce net-zero carbon vessels into their portfolio by 2030.

The extended trial agreement follows a successful journey on the RTM Tasman after it refuelled with biofuel in Rotterdam in March 2022 for the first time and then picked up its first load of the trial at the Iron Ore Company of Canada’s Sept-Îles port in Quebec in April. All biofuel refuelling during the trial will be at Rotterdam.

The trial is using a bp-manufactured B30 biofuel blend composed of 30% fatty acid methyl esters (FAME) blended with very low sulphur fuel oil (VLSFO). This B30 biofuel blend can reduce lifecycle carbon dioxide emissions by up to 26% compared to standard marine fuel oil.