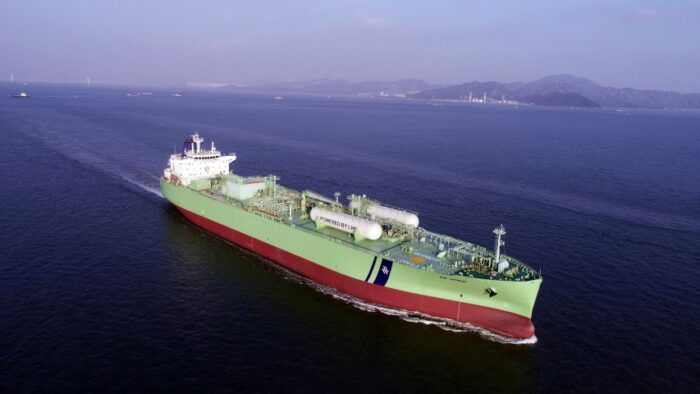 According to BW LPG all crew is safe and accounted for, and no injury has been reported. In addition, no pollution has been sighted, and instrumentation onboard indicate that there is no leakage from BW Gemini. Sounding has been conducted to ensure the integrity of the vessel.

BW Gemini has been inspected by relevant authorities and surveyors. As she awaits her slot to cross the Panama Canal, she will proceed for repairs. No impact to her voyage is expected

The BW Gemini is the world’s first Very Large Gas Carrier (VLGC) to be retrofitted with LPG dual-fuel propulsion. During December, the vessel completed its first trans-pacific voyage operating on 100% LPG fuel.

Earlier in November, at the beginning of November, the BW Gemini completed its sea trials after the retrofit and after the tests of the dual-fuel propulsion system was award class certification by DNV GL.