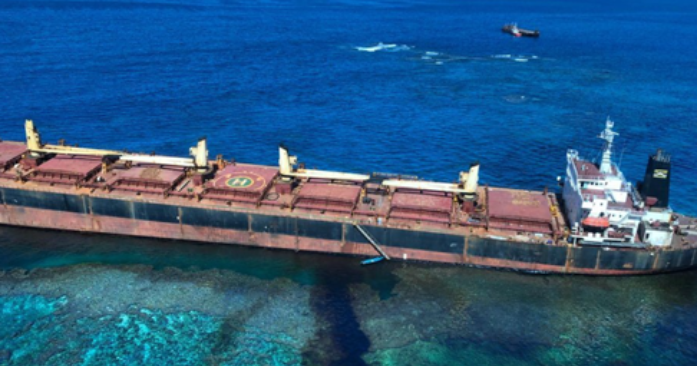 Korea Protection and Indemnity Club (KP&I) appointed the American salvage company Resolve Marine to oversee the 'Solomon Trader' response in the Solomon Islands, in the South Pacific ocean. The Hong Kong-flagged bulk carrier 'Solomon Trader' was loading bauxite when it ran aground due to unexpected gale at Kangava Bay, Rennell Island, on 4 February, causing an environmental disaster.

The East Rennell world heritage site is the largest raised coral atoll in the world. Since 2013 the site has been on a UNESCO danger list because of logging and overfishing.

The owner, King Trader, secured a local tug to try and remove the vessel in a timely manner, however the situation worsened with the arrival of Cyclone Omar, which pushed the stricken vessel harder into the reef, resulting in hull and engine room damage.

Several factors have impacted and delayed the salvage response, including the vessel’s power being lost, according to a statement by the company.

The remote and hazardous location has made it difficult to secure local resources and it’s been time-consuming bringing in resources from other locations. Personnel and specialised equipment have been flown in by the vessel owners from different countries including Australia, New Zealand, Vanuatu, Singapore, the US and Europe. Limitations of the local airstrip mean that heavy equipment including pumps and generators have had to complete the final part of their journey by sea.

In addition, inclement weather made it difficult and at times impossible to access the vessel, and conditions have been too dangerous for external underwater inspections, King Trader said.

Another setback was the vessel being ransacked once the crew was evacuated, resulting in on-board resources that may have assisted with the early response being removed or damaged.

KP&I and King Trader said the focus has always been on working with response stakeholders to protect the environment as far as practically possible, particularly as far as oil containment is concerned.

The insurer and owner of the grounded MV Solomon Trader have offered a sincere apology to the people of the Solomon Islands following the bauxite carrier’s grounding on a sensitive reef near Rennell Island,

Weather conditions have pushed much of the leaked oil to sea where it has dispersed, however some oil has still caused unacceptable coastal damage.

Reports of the Solomon Trader crew being absent from the vessel or intoxicated at the time of the grounding were denied.