Research keeps on for 22 missing crew of Stellar Daisy 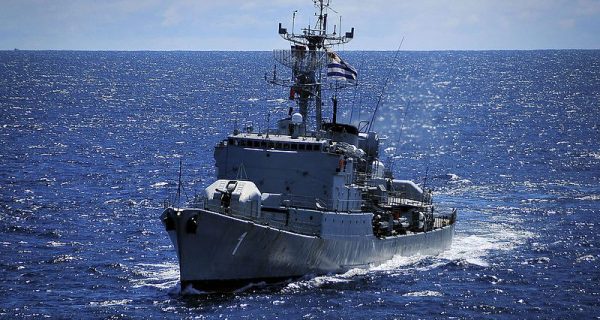 Although the Uruguayan Navy expressed its very few hopes, research operations are continued for the 22 crew members of the cargo vessel “Stellar Daisy”, after it has gone missing and believed to have sunk, on March 31, off Uruguay.

In particular, a research with eight ships and two aircrafts is underway by Maritime Rescue Coordination Center (MRCC) of Uruguay. An aircraft and two merchant ships coming from America, Brazilian Air Forces, and Brazilian and Argentine search vessels consist the corps of the research.

As BBC reports, the ship is believed to have broken apart and to have gone down about 3,700 km (2,300 miles) off the coast of Uruguay.

At the day that the vessel went missing, a crew member sent a text message to their South Korean employer, “Polaris Shipping”, informing that the ship was taking on water. In addition, the two Filipino crew survivors also reported that their captain sent an alert of “entering water”.

According to Reuters, Uruguay’s Navy loses hope of finding alive any of 22 crew members missing and the chances are getting worse as the hours pass.

The ship was en route from Brazil to China, carrying 260,003 tons of iron ore.

“We understand every available effort is being done to search for the remaining Stellar Daisy crew”, said InterManager Secretary General, capt. Kuba Szymanski.