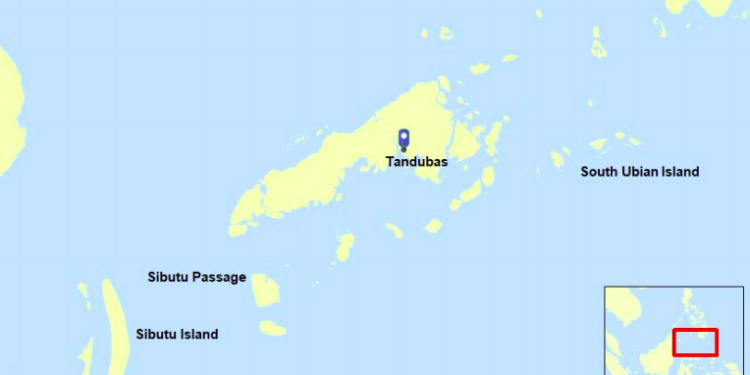 The Philippines authorities rescued four crew members, who were kidnapped from a Malaysian-registered fishing trawler by Abu Sayyaf Group (ASG) members, while operating off Sabah in January 2020.

According to information by ReCAAP ISC, on the night of 18 March 2021, four victims of a sea mishap were rescued from a Jungkong-type watercraft that had capsized in the vicinity waters off Pasigan Laut Island, South Ubian, Tawi-Tawi, the Philippines.

The rescued passengers were brought to the Tandubas Municipal Police Station (MPS) and, upon investigation, three of them were identified as the crew of fishing trawler SSK 00543 who was abducted by the Abu Sayyaf Group (ASG) on 17 January 2020. The other rescued passenger was a member of the ASG.

The ASG members were reportedly ferrying the four abducted crew of SSK 00543 towards Tawi-Tawi province to avoid the intensified military operation in the province when their watercraft capsized in bad weather,

Following a search and rescue operation aiming to locate other missing passengers -including one of the four abducted crew of SSK 00543- authorities encountered two members of Abu Sayyaf Group with the last crew member, on 21 March.

More specifically, the Joint Operating Elements of the 2nd Marine Brigade of the Armed Forces of the Philippines (AFP) was conducting intensified search and rescue operations in the vicinity of Kalupag Island, Brgy Kalupag, Languyan, Tawi-Tawi, Philippines on 21 March 2021. While the AFP elements were engaged in a firefight with the ASG members, the abducted crew managed to escape from his captors and he was rescued by the AFP.

With the rescue of the four abducted crew, there is no crew currently held in captivity by the ASG, ReCAAP ISC informed.

There is no incident of abduction of crew reported in Sulu Celebes and Eastern Sabah within 2021 so far, and no crew is currently being held in captivity by the ASG.

However, the risk of the abduction of crew in the Sulu-Celebes Seas and waters off Eastern Sabah remains high as demonstrated by the information of planned kidnapping in Sabah and Semporna, Malaysia (as reported in ReCAAP ISC’s Warning issued on 2 Jul 20), and the operation on 3 Nov by the Philippine authorities in preventing a kidnap-for-ransom incident.

The ReCAAP ISC reiterates its advisory issued via ReCAAP ISC Incident Alert dated 21 Nov 16 to all ships to reroute from the area, where possible. Otherwise, ship masters and crew are strongly urged to exercise enhanced vigilance while transiting the area, and report all incidents immediately to the Operation Centres of Philippines and Eastern Sabah Security Command (ESSCOM) of Malaysia.

The incident in January 2020

Six gunmen dressed in black suits with masks used a grey speedboat with twin engine and abducted eight crew from the Malaysian vessel (with marking SSK 00543).

The fishing trawler was found abandoned and with no crew onboard on 17 January 2020 at about 1500 hrs at approximately 4.24 nm off Pulau Tambisan, Lahad Datu, Sabah, Malaysia.

On 18 January 2020, the Malaysian authorities reported that they had recovered three of the eight missing crew in the vicinity of Lahad Datu, Sabah.