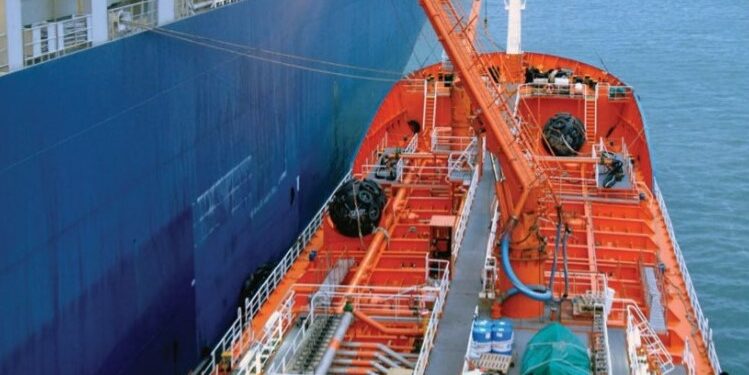 Credit: TotalEnergies / Image hereabove is being used for illustration purposes only

TotalEnergies published a new white paper expects global marine fuel consumption to increase to around 46 Petajoules (PJ)/d by 2050, with oil-based and LNG bunker fuels still accounting for about 21 PJ/d of demand.

Namely, the LNG bunker market could reach 10 million tonnes by 2025 and suggests it may also represent 10% of the bunker market by 2030.

The energy major also described its plans to produce low carbon LNG, including the blending of biogas or clean hydrogen with natural gas.

Nonetheless, it explains that while the aim is to “provide physical supply of biomethane bunkers to our shipping customers, the high costs of liquefying and transporting this fuel makes it uneconomical as an immediate standalone solution.”

What is more, in terms of the scaling up and use of hydrogen-based fuels, TotalEnergies suggests that this is possible to take place between 2030 to 2040.

As for oil-based bunkers, they accounted for the majority of of demand in 2019, at just over 30 PJ/d, and they will still be the at the forefront of shipping’s energy consumption by 2030.

By 2050, the report estimates that oil-based bunkers will decline to about 10 PJ/d, which will be just below the demand for LNG, which will stand at around 11 PJ/d.

Finally, the demand for hydrogen-based fuels, methanol and ammonia is expected to rise from around 1 PJ/d in 2030 to 17 PJ/d in 2050, which is still around 4 PJ/d behind the combined total of oil-based and LNG bunker fuels.