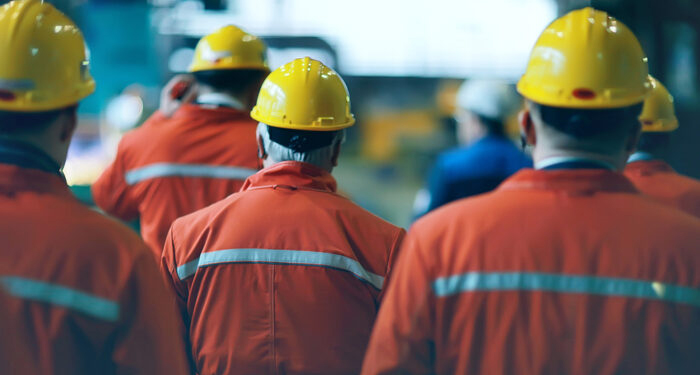 A new report published by the Seafarers International Research Centre (SIRC) aims to provide an insight into the religious needs, practices, and understandings of industrial workers on ships and religious workers in ports.

As the report notes, “loneliness can be compounded by poor relationships on board particularly at the beginning of a career when seafarers are more vulnerable to bullying and harassment.”

In this context, some seafarers described faith as helpful in withstanding difficult emotional shipboard conditions.

The fact is that emergencies at sea are often associated with storms, mechanical failure, collisions and groundings. At these times, some seafarers described drawing upon their faith to increase their resilience in dealing with stressful and dangerous workplace situations.

When I was a cadet i really felt the pains of homesickness. And it was made worse by your inconsiderate workmates. Then it happened again when I was already a third mate. That time I really wanted to sign off at once. When that happened, I was on my own and God was just there, and he’s the only one you could talk to

What is more, many seafarers responded that they carry out faith-based routines which “they hope will offer them some protection from ill-fate.”

In some cases, this involves carrying something with totemic significance such as a religious artefact.

However, the overwhelming view amongst seafarers that religion was a personal matter to be respected but not usually discussed. In fact, some seafarers felt a sense of being free of community surveillance at sea. In this very particular sense, whilst employed on board, many seafarers engaged in activities which their religious communities ashore would disapprove of. They largely did this with a confidence that their particular ‘God’ would ‘understand’ their actions.

Once you are on board, people think differently. Say with food, whatever is prepared by the galley staff, you just eat it. We think that we are here to work and not to show everyone that we are Roman Catholics, or Muslims. No. We are here to earn money for our families

There are some parts of the world where port-chaplains and welfare workers are readily encountered by seafarers. As a matter of fact, seafarers view chaplains as people who are available to talk and provide practical assistance to them. Often this relates to transport, free gifts, and the sale of sundry items including SIM card ‘top ups’ .

For this reason, SIRC notes that seafarers often trust port chaplains with grievances concerning their shipboard living and working conditions in the hope that chaplains will be of assistance in resolving these.

Namely, in the context of reduced funds from shipping companies, and with the voluntary sector facing a number of financial pressures, the funding challenges faced by some chaplains and volunteers were considerable. In many cases, chaplains and volunteers, were having to put more time into raising funds than they were able to put into the task of assisting seafarers. In some cases, they resorted to voluntary pay cuts and working beyond their paid hours to try to fulfil their responsibilities to seafarers.

Say, we have a problem… we don’t feel comfortable reporting our concerns to the port state but with chaplains, we feel confident. So if the crew have problems and concerns with regard to their living and working conditions on board, they could always relay them to the chaplain. In a way, the trust is there

As said above, 37 of the seafarers interviewed and encountered on board were Roman Catholics from the Philippines. Amongst this group we uncovered a variety of beliefs. Many of these resonated with traditional Roman Catholic teachings, however, some did not. The idea of hell was not, for example, something which all seafarers believed in. Within this group the report identified the development of a working theology emphasising the role of God as ‘protector’.

In addition, seafarers from the Philippines also revealed ways in which their beliefs combined basic Roman Catholic tenets with local superstitions embedded in traditional cultures and indigenous beliefs.