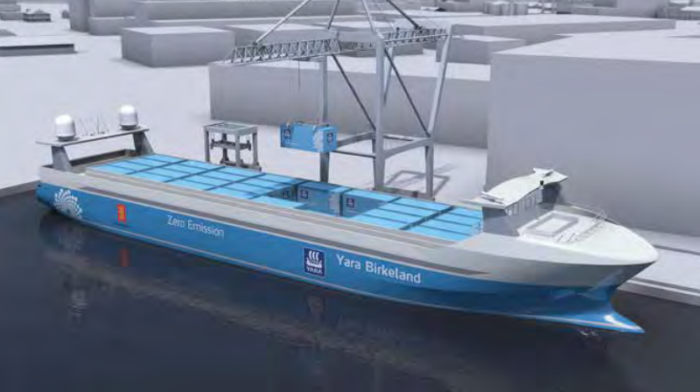 Regulation for autonomous ships could be years away

International maritime regulators expect that the establishment of safety rules for autonomous ships will be a lengthy process, despite the fact that researchers have advanced relevant technology, saying that robot ships could be a reality in the oceans in the next few years.

As the Wall Street Journal reports, the IMO has no timeline for when crewless ships will get permission to sail across the oceans. Namely, IMO Secretary General, Kitack Lim, noted that any new legislation would be based on today's practices for safe navigation.

Such a legislation must be investigated thoroughly in order to create something new. However, Mr. Lim added that this investigation will be completed next year. The the IMO will have a substantial discussion on the future of autonomous shipping.

The process to start the discussion on autonomous shipping will start with an IMO working group chaired by Henrik Tunfors, a senior adviser at the Swedish Transport agency. The group will analyze its findings next year to IMO’s Maritime Safety Committee, in order to be further considered by IMO member nations. However, it could take as much as 10 years before rules are adopted.

What is more, the working group must agree on how land-based operators of autonomous vessels will be certified and define four levels of progressive automation.

Nevertheless, attempts on autonomous vessels are already taking place, with two Norwegian companies claiming to be close to creating the world’s first battery-powered, crewless ship. Specifically, Yara Birkeland and Kongsberg Gruppen AS A are developing a 120-container ship they say will sail in Norway.

In fact, autonomous ships that carry out short trips on national waters will only need approval by local regulators.

Furthermore, the Nippon Foundation in Japan wants to increase its investment in seaborne robotic technology to $9 billion a year by 2040, expecting the first autonomous ships with its support to be operational in the next couple of years.