Regional route sharing made possible in the Baltic 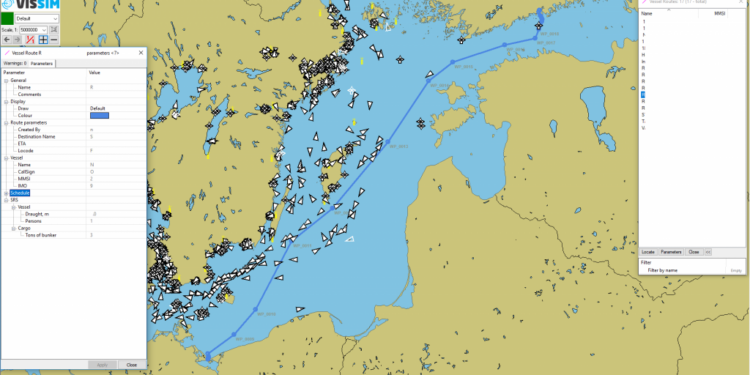 In cooperation with the Finnish Transport Agency as a part of the EU-funded project EfficienSea2, the Norwegian surveillance system manufacturer Vissim has become the first operator to integrate voyage data from the ENSI-system (Enhanced Navigation Support Information) in their own vessel traffic monitoring system.

“Today, a ship sailing from Helsinki to Oslo passes many VTS zones and has to share voyage data with all of them. Some require more than others, but in most cases some form of radio contact is necessary. Being able to integrate voyage information from a different route reporting scheme and distribute the information to all relevant actors along the route will make it possible to report only once per voyage.”

The ENSI system has been developed in Finland and allows ships in the Baltic Sea to share their electronic route plan and the mandatory reports needed for the voyage with any VTS or SRS system using it. The ship will shortly thereafter receive feedback on safety issues, weather conditions and so forth from automated sources.

The ability to integrate ENSI with a VTS system is achieved by using the so-called RTZ format for route exchange, which makes it possible to share the electronic route with VTS centres or other stakeholders along the route. For Vissim, and potentially other equipment manufacturers, this will allow them to offer new possibilities for maritime actors using their technology, while ENSI may prove even more beneficial for its users:

“Often, VTS and SRS centres will have route recommendations or restrictions based on draught or safety hazards. With this integration they will have a much simpler time giving feedback. They will receive the reports and route plans in a clear, digital, way with little room for misunderstandings – and they will have much more time, as they don’t have wait for the ships to enter their VTS domain before receiving information,” explains Mikko Klang, a consultant for the Finnish Transport Agency on ENSI-related issues.

“The principles used to integrate ENSI’s and Vissim’s systems can be applied to many other regions of the world. When a captain knows his or her route and which waypoints they will pass, it makes little sense to have to report that more than once. Hopefully, we are helping to eliminate that burden,” he adds.

Maritime digitalization carried out in EfficienSea2 has enabled effective route sharing between different VTS systems in the Baltic Sea, offering authorities a better ability to ensure safe traffic at sea.