Since ReCAAP ISC issued an Incident Alert regarding security incidents involving ships in the eastbound lane of Singapore Strait on 23 October, another four incidents were reported in the region, the ReCAAP ISC said in a new warning.

Meanwhile, another attempted incident against a chemical tanker was reported on 5 November in the westbound lane of TSS in the western sector of the Strait when the tanker was on the way to the eastbound lane.

With the occurrence of seven incidents from September to November 2019 in the eastbound lane of the Singapore Strait (in both western and eastern sectors), the ReCAAP ISC advices all ships to exercise enhanced vigilance, adopt extra precautionary measures and report all incidents immediately to the nearest coastal State. The ReCAAP ISC recommends to the law enforcement agencies of the littoral States to step up surveillance, increase patrols and enhance cooperation and coordination among them in order to respond promptly to incidents. 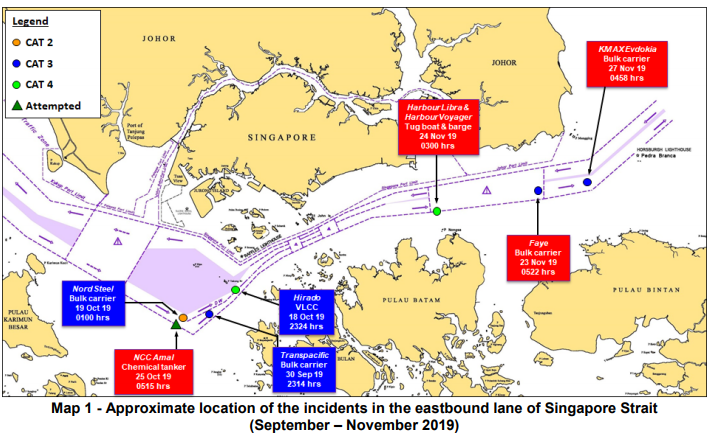