Above image is used for illustration purposes only / Credit: Shutterstock / Andrey Polivanov

Four incidents of unauthorised boarding of ships were reported during January-April 2019, in locations of close proximity to each other, in the western sector of Singapore Strait, ReCAAP ISC said in an incident alert issued today.

All four incidents occurred to tug boats towing barges and dredger while underway in the westbound lane of the Traffic Separation Scheme (TSS).

The alert details the incidents as follows: 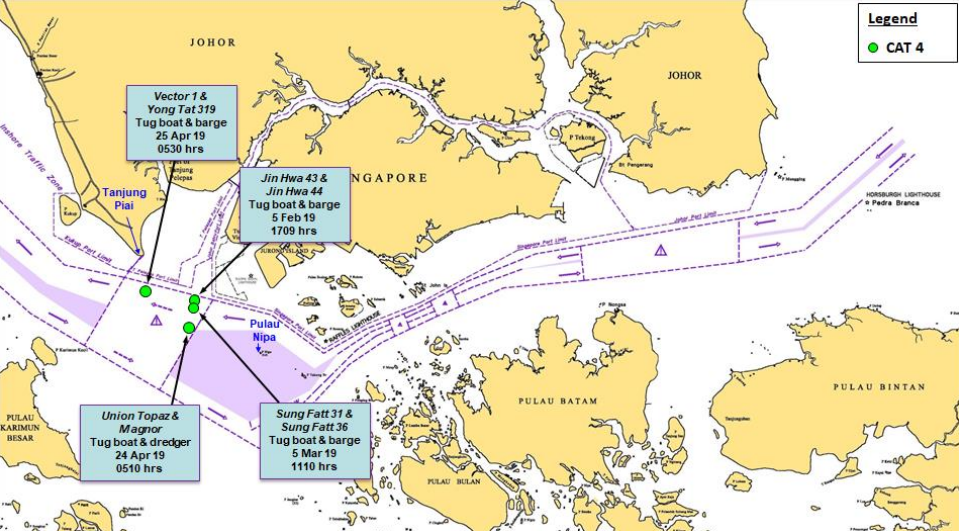 With the occurrence of four incidents in close proximity to each other within a period of three months, ReCAAP ISC recommends all ships, particularly tug boats to exercise enhanced vigilance, adopt extra precautionary measures and report all incidents immediately to the nearest coastal State. The ReCAAP ISC urges the relevant littoral States to step up surveillance, increase patrols and respond promptly to all reports of incidents,