ReCAAP ISC: First half of 2019 sees lowest number of incidents in 13 years 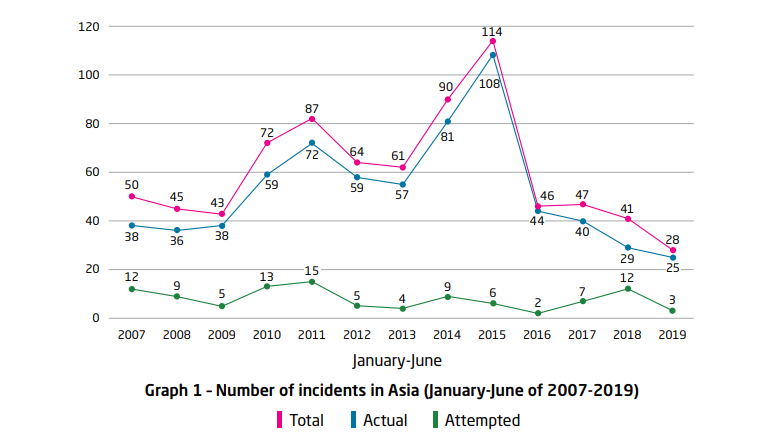 Improvements were observed at the ports and anchorages in Bangladesh, Indonesia and Vietnam during January-June 2019 compared to the same period in 2018. However, there was an increase in the number of incidents (all CAT 4 incidents) in the Singapore Strait.

The ReCAAP ISC encourages ship masters and crew to exercise enhanced vigilance when transiting areas of concern and make immediate reporting of all incidents to the nearest coastal State. The ReCAAP ISC urges the authorities to provide prompt response to the reports of incidents. 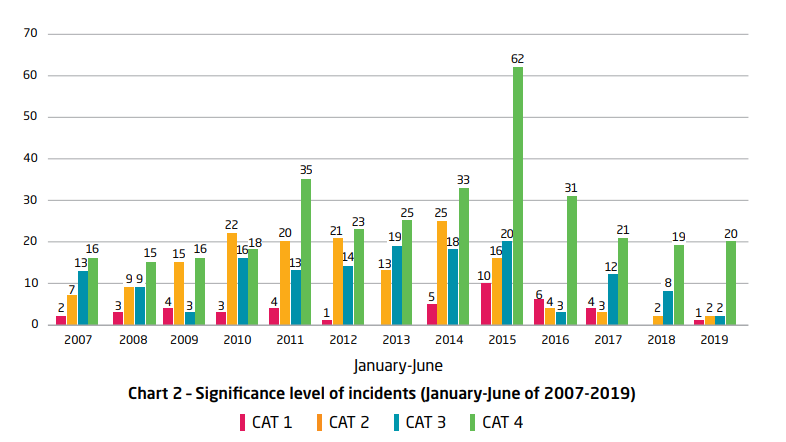 CAT 1 - There was one CAT 1 incident reported during January-June 2019. The incident involved the abduction of nine crew from two fishing boats on 18 June off Lahad Datu, Sabah, Malaysia. The abducted crew members were released on 21 Jun as the abductors could have realised that the abducted crew had no money nor anything to give as ransom.

CAT 3 - There were two CAT 3 incidents reported during January-June 2019, and it was the lowest in number among the 13-year period.

CAT 4 - The majority of the incidents reported during January-June 2019 were CAT 4 incidents, and this accounts for 80% (20 out of 25) of the total number of actual incidents. 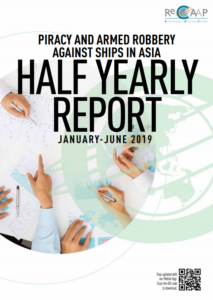