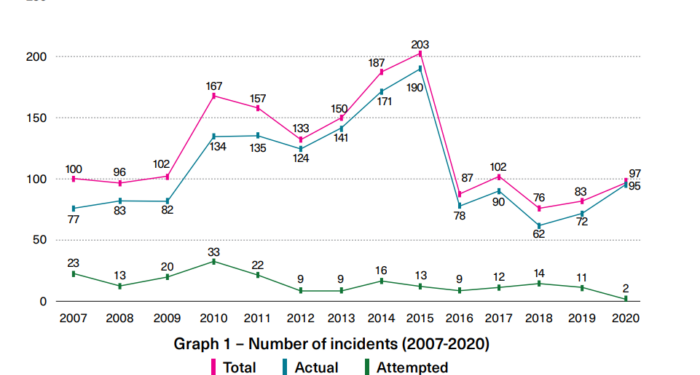 Total number of incidents and the number of actual incidents reported in 2020 are the highest among the past three-year period (2018-2020).

As piracy remains a hot topic of discussion and a challenging issue for the shipping industry, ReCAAP ISC launches its annual report for 2020 reporting 97 incidents in Asia, which reveals a 17% increase year-on-year.

According to the report, there was an increase of piracy incidents the year that passed, on the contrary to 2019.

To remind, 2019’s annual report noted that a total of 82 incidents of piracy and armed robbery against ships in Asia were reported from January to December 2019, comprising 71 actual incidents and 11 attempted incidents. 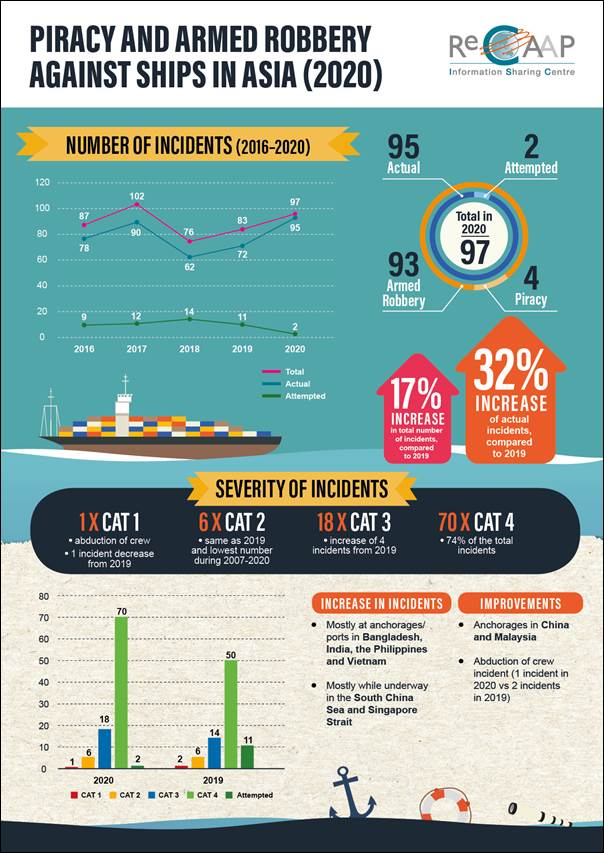 During the press conference for the release of the annual report, Mr. Masafumi Kuroki, Executive Director ReCAAP Information Sharing Centre commented that

One factor for the increased piracy in 2020 is COVID-19, which affected the number of incidents, but it’s not the only one. 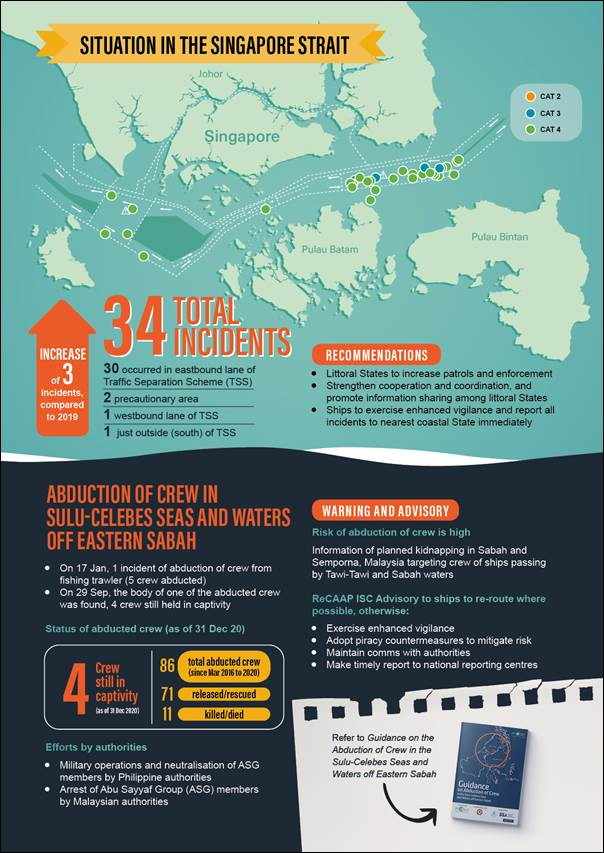 Specifically, the report stresses that the areas of concern are:

Situation at the Singapore Strait

Mr. Masafumi Kuroki called the industry to be alert on such incidents when sailing through the Singapore Strait, commenting that

The 32% year-on-year increase in the actual incidents in 2020 is a stark reminder that more needs be done to enhance the safety of maritime transport and safeguard the well-being of crew.

Situation at the Sulu-Celebes Seas

Concerning the risk of abduction in this area, ReCAAP ISC’s Q1 report for 2020 focused on the alarming issue of crew abduction, which remains a concern, in the Sulu-Celebes Seas and waters off Eastern Sabah is high as demonstrated by the occurrence of an incident on 17 January 20 off Lahad Datu, Sabah, Malaysia. Five of the crew abducted from the fishing trawler are still held in captivity.

In addition, ReCAAP issued a warning for vessels sailing in the area, urging

Otherwise, ship masters and crew are strongly urged to exercise extra vigilance while transiting the area, and report immediately to the Operation Centres of Philippines and Eastern Sabah Security Command (ESSCOM) of Malaysia.

Last but not least, concerning the situation at Sulu Celebes Seas, ReCAAP has published the Guidance on Abduction of Crew in the Sulu-Celebes Seas and Waters off Eastern Sabah, explaining the risks, the current situation and what vessels could do to stay protected.

Beyond vigilance, timely reporting by ships, enhanced patrol by enforcement agencies, as well as cooperation between littoral States, we believe that arrest and bringing perpetrators to justice is an essential deterrence to stop the increase of incidents.  We urge the littoral States to take seriously petty theft and sea robbery because leaving criminals to continue their crime with impunity will only embolden them to escalate their acts.