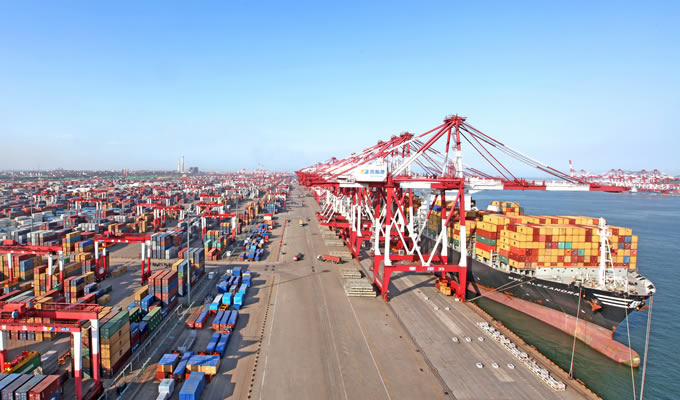 The Qingdao Port Automatic Terminal Phase II is closer to full operation after the two berths 107# and 108# passed the pre-acceptance inspection for port opening, on 8 July.

Since the two berths were put into trial operation in late November, "one ship, one proposal" has been implemented for the berthing of ships, and the approval and berthing time is relatively long.

After the formal acceptance of the port, the passage time of ships will be greatly shortened.

The coastline of phase II project is 660m long, including 2 berths, and will increase the port's throughput capacity to 1.7 million TEUs per year, equipped with 9 double trolley quayside bridges, 38 high-speed rail cranes and 45 automatic guided vehicles.