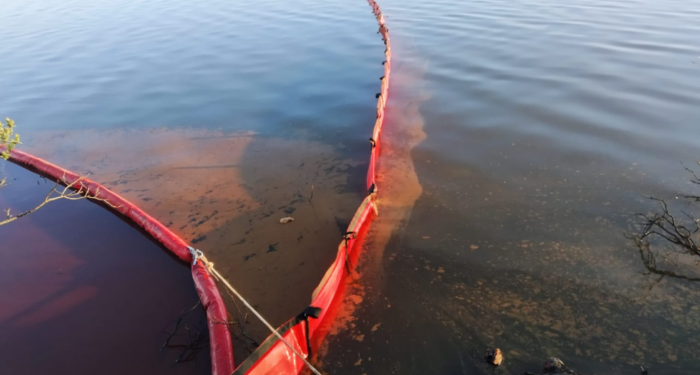 Vladimir Putin declared the City of Norilsk in Russia in state of emergency after 20,000 tonnes of diesel fuel spilled into a river inside the Arctic Circle.

Specifically, the spill occurred when a fuel reservoir at a power plant near the city of Norilsk collapsed on Friday.

According to Guardian, the plant is operated by a division of Nornickel, whose factories have heavily polluted the city.

Putin criticized the company for failing to report the incident, while Nornickel said that they had reported what happened in a “timely and proper” way. In addition, the governor of the Krasnoyarsk region, where Norilsk is located, told Putin he only learned of the real situation on Sunday after “alarming information appeared in social media”.

New report identifies largest retail companies polluters in the US

Therefore, Putin declared a state of emergency, calling in more resources for the cleanup effort.

In the meantime, Russia’s investigative committee announced it had launched three criminal investigations into the accident and detained a power plant employee.

The volume of the spill is vastly larger than the 2007 Kerch spill, which involved 5,000 tonnes of oil, Knizhnikov said.

Alexei Knizhnikov of the World Wildlife Fund  added that the environmental group was the one that alerted the cleanup experts after confirming the incident through its sources, commenting that diesel fuel is lighter than oil so it was likely to evaporate rather than sink but was also “more toxic to clean up”.

It is reported that the Ambarnaya River that bore the brunt of the spill will be difficult to clean up because it is too shallow to use barges and the remote location has no roads.

Concluding, it has been proposed by some to burn the fuel, an action that has been commented as “risky” by Russia’s environment minister, Dmitry Kobylkin.