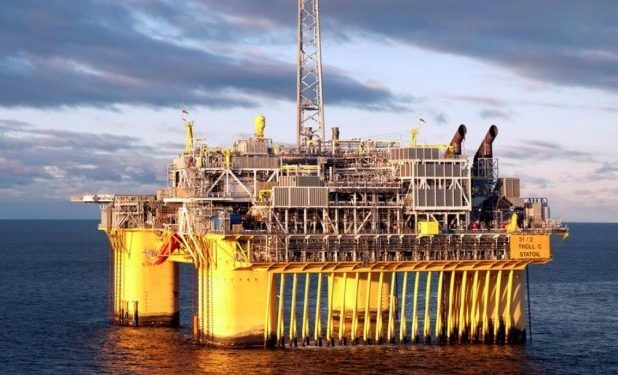 The Petroleum Safety Authority Norway (PSA) has completed its investigation of an incident involving the discovery of cracks in the outer shell of second-stage gas coolers on Troll C in October 2021. Breaches of the regulations have been identified, and operator Equinor has now been given an order.

Cracking in a gas compressor cooler was identified on 24 October 2021. During an inspection of the Troll C facility in the Norwegian North Sea to check the status of an ongoing job, a black substance was identified under a second-stage gas cooler.

Further investigations established that the substance was asphaltene (a heavy crude oil component), which had leaked out through cracks in the cooler’s outer shell. This was also found to be the case for a similar cooler in the parallel process train.

The incident caused no harm to people or the natural environment, but resulted in a production shutdown and substantial repair work.

In the PSA’s view, the incident could have developed under slightly altered circumstances into a major gas leak through brittle fracturing in the outer shell of one of the gas coolers.

The coolers held hydrocarbon gas under a pressure of 60 bar.

The gas coolers are a shell and tube type, comprising an outer shell in 22%Cr duplex steel where gas circulates and an inner tubing bundle in titanium filled with coolant (seawater). The outer shell has a specified thickness of 36 millimetres. The coolers are protected by fire insulation on tank and flanges.

Technical material investigations have concluded that the cracks were through-wall and caused by chloride stress corrosion cracking (CSCC), which had begun externally.

The condition had developed over time, and it is difficult to date when cracks began to develop.

Underlying causes of the incident include the design/construction of the coolers and their follow-up during the operational phase.

What is more, the PSA investigation identified several breaches of the regulations. Nonconformities were:

In addition, two conditions were observed which have been categorised as improvement points. These are:

As the investigation has identified serious breaches of the regulations, including maintenance deficiencies, Equinor has been given the following orders.

Deadline for compliance with the order is 1 December 2022.