Prospects and challenges of using LNG as marine fuel 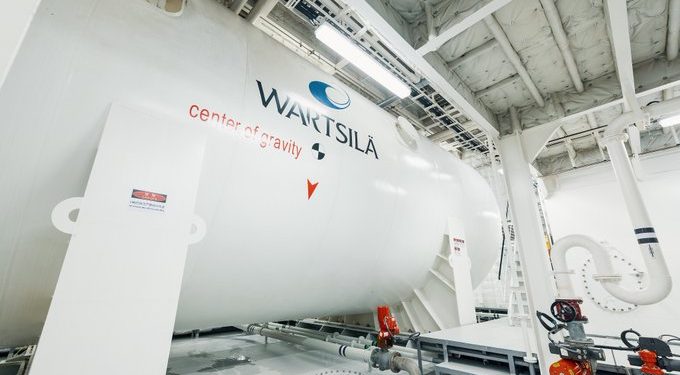 Through a Q&A session, four Wärtsilä experts weigh up what LNG has to offer and what vessel owners need to take into account when considering it as an option.

As informed, LNG is no newcomer to the maritime fuels party and boasts a long history at sea, with the first commercial shipment taking place more than five decades ago in 1964. In the intervening years it has evolved from being a fuel used solely by the tankers used to transport it into a well-established fuel with mature legislative frameworks and an extensive bunkering infrastructure.

Q: What makes LNG an attractive prospect as a maritime fuel?

In tank-to-wake terms, one of its biggest advantages is that it drastically reduces local emissions, emitting virtually no sulphur oxides (SOx) or particulate matter (PM) and it reduces carbon dioxide (CO2) and nitrous oxide (NOx) emissions too

There is also a steady rise in LNG’s popularity as a fuel option for both newbuilds and vessel retrofits. As of January 2022, LNG vessels comprised 4% of the existing global fleet and 30% of the global newbuild orderbook in gross tonnage. Bunkering infrastructure continues to develop at a rapid pace too, particularly across Asia and the Middle East, where there are dozens of proposed onshore facilities and bunkering vessel deployments on the cards in the coming years.

In terms of concrete steps that owners and operators can take to decarbonise now, LNG is an excellent option

With some rapidly approaching regulatory milestones set by the IMO – in particular the Energy Efficiency Existing Ship Index (EEXI) and Carbon Intensity Indicator (CII) measures, which both come into force at the start of 2023 – the maritime industry is under heavy pressure.

As indicated by DNV, in theory an LNG conversion could bring a 25% improvement in a vessel’s EEXI

As Jussi Mäkitalo also added: “However, in practice this figure may be lower if only some of the engines onboard are converted; we also need to account for pilot fuel consumption and the additional power consumption to support the use of LNG. There are also the LNG fuel tanks to consider; these add weight, may reduce cargo capacity, and can influence the vessel’s EEXI calculation due to the fuel availability ratio (fDFgas). Overall, you might be looking at somewhere closer to a 20% improvement in EEXI depending on the application. A similar improvement can be expected for the vessel’s CII, but in this case the operating profile is key and the improvement is likely to be a little more modest.”

Q: How does LNG provide a platform for other future-fuel options?

Converting to LNG is a concrete step towards decarbonisation that vessel owners can take today, and it opens up the possibility to use bioLNG and, eventually, synthetic methane

…Mäkitalo said, adding that “The infrastructure is mature and growing and the means to use the fuel already exist”

Fuel flexibility can be further enhanced by blending LNG with gases such as volatile organic compounds (VOCs) that can be emitted by certain cargoes, as is already happening with Wärtsilä dual-fuel engines on onboard the Aurora Spirit. LNG can also be blended with hydrogen. Wärtsilä 4-stroke dual-fuel engines are already capable of operating with a blend of up to 15% hydrogen by volume, equating to around 5% by energy, with the remaining energy coming mainly from LNG and some from the pilot fuel. This sort of setup is expected to lead to a reduction of around 5% in tailpipe CO2 equivalent emissions.

Q: But it’s not all plain sailing. What about the issue of methane slip and lifecycle emissions?

In any discussion about LNG as a maritime fuel the issue of methane slip must be mentioned. It’s a fact that LNG is predominantly methane – a potent greenhouse gas – and, when burned as fuel, the unburned methane that escapes into the atmosphere is known as methane slip.

Since 1993 we have cut the methane slip from our dual-fuel engines by 85%, taking it down from 16 grams per kilowatt hour (kWh) to between two and three grams today by optimising engines and reducing leakages

Furthermore, we have been testing a new combustion concept that will reduce methane slip by a further 50%, to around 1 gram per kWh, and we hope to be introducing this to the market in the near future

Piero Zoglia, General Manager, Product Offering, Fuel Gas Supply Systems, Wärtsilä continued by explaining that measuring the climate impact of methane can be tricky. “You need to consider all fugitive emissions generated by the production and use of the fuel and measure against an agreed timeframe, which in the case of LNG is generally accepted to be the 100-year perspective (GWP100),” says Zoglia. “As an equipment manufacturer our focus is on managing the methane slip from the combustion process, but we also strive to minimise any controlled releases of methane during operations such as flushing of the system when switching to diesel operation,” he continues.

…Zoglia explained, adding that “From a lifecycle emissions perspective our focus is on tank-to-wake, while stakeholders further up the LNG supply chain are working to minimise well-to-tank emissions. For example, producers like Qatar are investing in cleaning up their part of the chain by using carbon capture in hard-to-abate processes, using renewable energy to decarbonise energy-intensive processes like liquefaction, and closely monitoring pipelines for emissions.”

Q: What is the outlook in terms of the future availability – and cost – of alternatives like biofuels?

According to data, the price of LNG has been following a similar trend to other marine fuels and has been providing the lowest energy cost until very recently. Considering bioLNG or synthetic methane we can expect somewhat higher fuel costs compared to fossil LNG. However, the consensus in the market seems to be that the price of bioLNG and synthetic methane are expected to fall as production is ramped up.

In light of these, Portin stressed that “We need robust legislative frameworks to support the transition from LNG to alternatives like green ammonia, for example. It is also important to remember that shipping is a global industry, and the availability of future alternatives will vary heavily from region to region – in Europe LNG may come to dominate, while in South America we might see bioethanol take the lead. There is also the question of competition from other sectors like aviation and road transport. All of this means that investing in flexible dual-fuel engine technology is the safest path forward, because then you are not putting all your eggs in one basket.”

It goes without saying that the maritime industry must decarbonise, but we cannot change the world in a day

…Achillas continued, adding that “As the EU has recognised, there are risks in moving away from carbon-containing fuels too quickly before viable alternatives are in place. The European Commission acknowledged the important role that LNG has to play by including the fuel in its taxonomy for sustainable activities, provided fossil LNG is gradually replaced by carbon-neutral alternatives by 2035. This approach makes a lot of sense for shipping too.”

What LNG does offer is an excellent steppingstone to a carbon-free future, a way to take immediate steps in the right direction. There is proven flexible engine technology available, the infrastructure is well established and the fuel is readily available