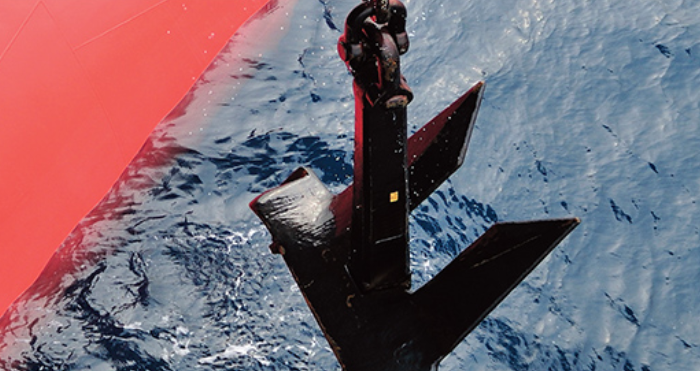 The Swedish Club shares lessons learned from a loss of anchor incident, which took place in heavy weather. The anchor and chain were lost and the vessel was not allowed to continue its journey until the anchor and chain had been replaced.

The vessel was waiting for its berth to become available, and decided to anchor. A preanchor briefing took place on the bridge where the number of shackles to be used was discussed and what different tasks the crew had during the anchoring operation.

One week earlier the bosun had inspected the windlass including the brake linings and had reported that all was in good condition.

The weather forecast warned of difficult weather the following day. The Master informed the bridge team that he would decide what to do later regarding the heavy weather.

The bosun was controlling the brake, the Chief Officer was reporting what was happening to the bridge, and giving orders to the Bosun and ABs. This was the first time the crew had anchored at this anchorage.

The vessel approached the anchor position that the VTS had allocated to them. When the ship was fully stationary the Chief Officer ordered the bosun to walk the anchor out using the windlass motor. When the anchor was about half a shackle above the seabed the anchor was let go. All went well and the crew continued their normal duties when the vessel was safely moored.

However, during the night the weather deteriorated. The OOW saw that the vessel had started to move and realised that the vessel was dragging. He called the Master who came up on the bridge.

The weather was now deteriorating quickly and the Master woke up the Chief Officer, telling him to gather the anchor party and heave up the anchor. The weather had now increased to Beaufort 8 and the bow was slamming because of the large waves. At that point, while the anchor was being heaved up the windlass motor stopped.

The Chief Officer could see smoke coming from it and it was obvious that the motor could not be fixed straight away. In the meantime, the weather got even worse, and it was decided that the anchor chain should be let go.

So, what can we learn from this incident? According to the Swedish Club, the following are the lessons learned: