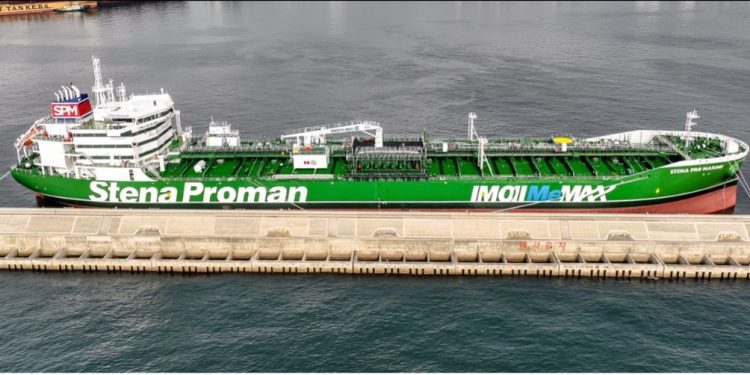 Stena Pro Patria and Stena Pro Marine were each refuelled with over 2,000 tonnes of methanol during the bunkering operation, which comes as proof of the growing viability of methanol as a marine fuel (MMF).

In June, Proman Stena Bulk confirmed that the first methanol-powered newbuild vessel under its partnership has been delivered and is preparing for commercial operation.

The bunkering was executed despite South Korea not being a methanol-producing country, and neither vessel was carrying methanol as cargo. The fuel’s availability in Ulsan comes as a clear indicator of the growing and already widespread availability of MMF for owners and operators that are interesting in combating shipping emissions.

The increasing global uptake of methanol as a marine fuel is aided by its current availability across 120 ports worldwide, including the major global bunkering hubs of Singapore, Algeciras, Houston and Rotterdam. Meanwhile, other key locations such as the Port of Gothenburg and Rotterdam are adopting or developing new simple methanol bunkering guidelines

As these vessels show, methanol is already available and viable as an alternative fuel solution for shipping. Incorporating methanol bunkering into future fuel infrastructure regulations and policies that are currently being developed will help ensure guidelines are future-proofed as more low-carbon and renewable methanol sources come online, supporting the transition to lower emissions fuels across the industry