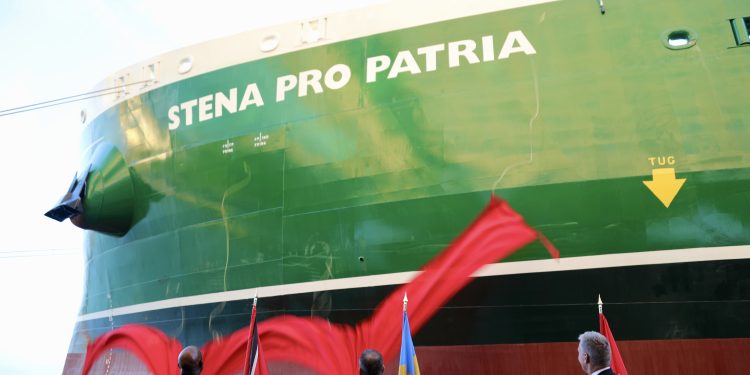 Stena Pro Patria is the first of three methanol-fuelled vessels delivered in 2022 to the joint venture between leading tanker company Stena Bulk and the methanol producer Proman, with a further three newbuilds due for delivery between now and 2024.

Stena Pro Patria was delivered in June 2022 and has demonstrated a low EEDI (Energy Efficiency Design Index) value while running on methanol. The IMOIIMeMax vessel series benefits from design improvements and technologies to maximise energy efficiency, resulting in an EEDI 11% below the 2025 Phase 3 requirements.

Stena Pro Patria will use approximately 12,500 tonnes of methanol as fuel per year, which will reduce the volume of greenhouse gas emissions resulting from the vessel’s commercial operations compared to conventional marine fuels.

We are one of the largest producers and exporters of methanol in the world, and we happen geographically to be on a place at the tip of South America, East of the Panama Canal where all these vessels are being encouraged to change their fuel consumption from the dirty fuel to clean fuel – and that fuel is available in Trinidad and Tobago. What we are aiming to do is to make Trinidad and Tobago a major refuelling hub for oceangoing vessels that can be refuelled by clean fuel