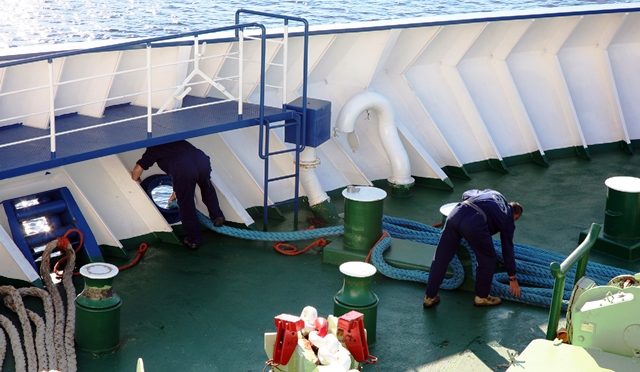 Building on its predecessor, Project HORIZON which identified serious concerns with the 6/6 shift pattern where 50% of participants fell asleep during their shifts, Project MARTHA was launched in 2013 to address this issue and now reports groundbreaking research into seafarer fatigue.

It was led by Warsash Maritime Academy at Southampton Solent University; the consortium includes the Stress Research Institute in Stockholm; the Centre of Maritime Health and Society in Esbjerg, Denmark; the University of Southampton; and the Dalian Maritime University in China. InterManager is also a partner, and helped the consortium to find volunteer shipping companies within its membership to participate in the project.

What must be made clear is the difference between fatigue and sleepiness. This is an important distinction Project MARTHA makes, as the effects of fatigues can result in sleepiness.

To take account of cultural differences in crew working patterns, Project MARTHA operated two projects simultaneously in both Europe and China. Several InterManager companies took part in the project by allowing their crew to report findings and wear Actiwatch monitors.

The second study evaluated the effectiveness of FRMS through a shipboard study.

Researchers presented the findings at an exclusive event in June, with some surprising results. An overwhelming element of this project was the effect of fatigue on Master’s versus other crew and what consequences this could have on the vessel as a whole.

Project MARTHA central purpose was to examine the factors which contribute to fatigue. Over the course of the project, these factors were found to include: job security; environmental factors; job demands; sleep quality; irregular work hours; the amount of rest hours; and new regulations which could place more requirements on seafarers.

Fatigue and the effect on a Masters

A Master’s place on a ship is central to the vessel’s performance, a claim which many would agree with. The project confirmed this theory and found a number of reasons for how a Master’s role differed from that of other crew members, including that Master’s:

The performance of seafarers onboard is paramount to how a vessel can be efficient, streamlined and operational. The project found:

Fatigues and the cultural perspective

The cultural difference Project MARTHA sought to examine threw up some interesting results and a clear divide between European and Chinese:

Further information may be found below