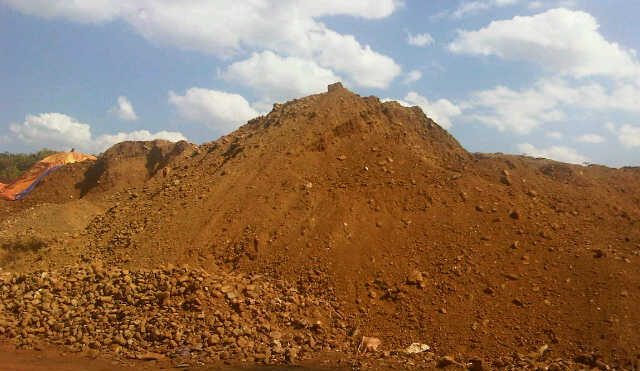 Nickel ore from this region typically has a high moisture content, but its other geotechnical properties could cause a cargo to dynamically fail on passage regardless of its moisture content,

While a number of instances concern cargoes that were visually wet and the moisture content was found to be in excess of the transportable moisture content (TML), there are also cases where the ‘dynamic failure’ of the cargo has caused similarly serious stability problems. In these cases, the cargo may appear reasonably dry and no splattering observed during loading.

While the can test is a very useful tool for indicating if a cargo has the potential to be unsafe, it can be less obvious with cargoes that have a lower moisture content but are more vulnerable to ‘dynamic failure’. In these instances, the can tests may not exhibit any obvious signs of moisture or show a flow state.

This does not mean the can test is of no use. In these cases, the can test showed signs of significant volumetric change, which should be a trigger to investigate further and carry out laboratory testing.

In any case, however, the can test does not confirm if a cargo is safe to load; only full laboratory testing can confirm this.

Liquefaction is a main safety concern for bulk shipping, with Intercargo data revealing that cargo liquefaction caused the deaths of 101 seafarers on bulk carriers in the decade from 2009 to 2018.