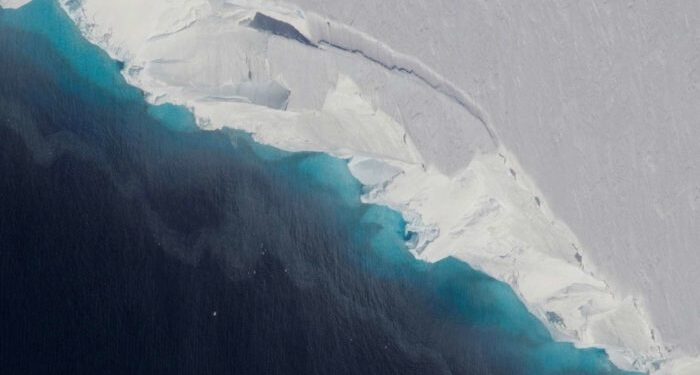 According to scientists, the Thwaites Glacier, which is as enormous as the size of Florida, is on the edge of melting so quickly that it could result to catastrophic global sea level rises. This glacier is one of five recently identified as unstable Antarctic glaciers, which have doubled their rate of ice loss in just six years.

In the worst-case scenario the ice from the Thwaites Glacier alone could raise global sea levels by as much as half a metre (20 inches) in as little as 150 years.

The glacier covers 70,000 square miles and it’s likely to accelerate its flow into the ocean. Once it begins melting, its will become an unstoppable process, raising sea levels at a much higher rate than previously estimated, researchers from the Georgia Institute of Technology, Nasa Jet Propulsion Laboratory, and the University of Washington said after using computer models to forecast how the glacier’s instability could affect the rate of ice it sheds.

Moreover, the scientists alerted that by the time the tipping point is reached, the reduction of global temperatures won’t play any changing role, as the glacier’s flow into the sea would be unstoppable.

As the study’s leader Alex Robel, an assistant professor in Georgia Tech’s School of Earth and Atmospheric Sciences stated

If you trigger this instability, you don’t need to continue to force the ice sheet by cranking up temperatures. It will keep going by itself, and that’s the worry. Climate variations will still be important after that tipping point because they will determine how fast the ice will move.

In the meantime, NASA scientist, Helene Seroussi, added that Thwaites Glacier, after reaching its tipping point could lose all of its ice in a period of 150 years. This would result to the sea level increasing about half a metre. For instance, up to now, the sea level is 20cm, and is blamed for the increase of coastal flooding.

Additionally, Antarctica holds big quantities of ice, almost 90% of all ice in the world. On the contrary to the Arctic, Antarctica’s most of the ice is out of the water and on land. Therefore, the possibility of its ice collapsing presents challenging future scenarios for sea level rise.

You want to engineer critical infrastructure to be resistant against the upper bound of potential sea level scenarios a hundred years from now. It can mean building your water treatment plants and nuclear reactors for the absolute worst-case scenario, which could be two or three feet of sea level rise from Thwaites Glacier alone, so it’s a huge difference.

As a result the collapse of its ice sheets presents more serious future scenarios for sea level rise – while in the Arctic, 90 per cent of an iceberg’s mass is already underwater. When its ice melts, the volume shrinks, resulting in little change in sea level.