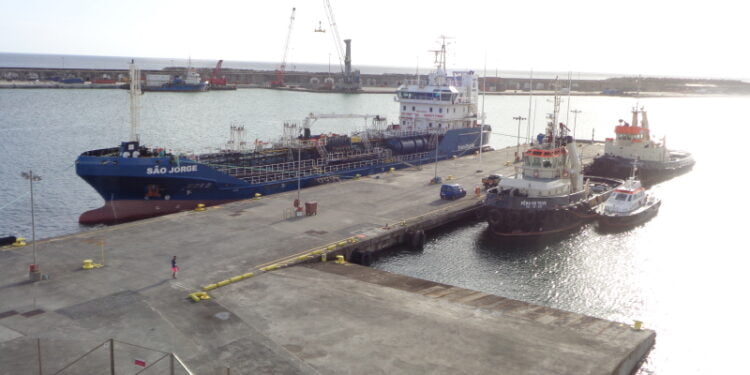 Α Portuguese tanker grounded on February 8, near the islet of Praia, minutes after leaving the port of Praia da Graciosa.

After the incident, the condition of a product tanker was being assessed as its hull was breached off the Azores.

In fact, photos published by the port authority Portos dos Acores showed the Sao Jorge down by the stern.

In addition, Portuguese shipowner Transinsular informed that experts in naval engineering, along with divers, were “assessing the stability conditions”.

In the meantime, Portos dos Acores said a pilot was watching the departure but was not on board at the time of the grounding.

After the incident, the pilot returned to the vessel, while tugs helped with emergency manoeuvres to take the ship out of the current.

As for damages, extensive damage was reported to propellers and the hull, causing water to flow in. However, the ingress was contained by sealing the engine room.

Furthermore, the cargo of diesel and petrol was safe, as the port authority noted, wit Transinsular saying that seven crew members were disembarked, while five stayed on board.

What is more, the company added that it was considering an alternative delivery method to make sure an uninterrupted fuel supply to the Atlantic islands.

The owner now hopes the vessel could be towed away for repairs.