Ports should prepare for autonomous transportation

The Hamburg Port Authority along with IAPH launched a study focusing on the impact the autonomous vehicles have on port infrastructure requirements. The study presents what needs to be done in the sectors of road, rail, waterborne, and aerial transportation, so that the port industry adapts automation. The study also provides recommendations on steps to be taken for port authorities being prepared for the technological progress.

Firstly, autonomous driving is generally acknowledged as the shift of full responsibility of performing all driving and maneuvering tasks from a human individual to an autonomous system performing without any need of influence from the driver.

The task to drive consists of three categories:

The collected data gathered from autonomous vehicles can be used, from port authorities or even governments, to provide machine learning applications, improving the behaviour in traffic situations of all users, the continuous improvement of intelligent traffic control systems, eco-path finder for pollution control, which is a challenge ports are facing too or even safety and security solutions based on surveillance.

According to the report, the Waterborne Technology Platform defines the Autonomous Ship as ‘a vessel with next generation modular control systems and communications technology [that] will enable wireless monitoring and control functions both on and off board. These will include advanced decision support systems to provide a capability to operate ships remotely under semi or fully autonomous control.’

In addition, the study focuses on future prospects of autonomous railway transport in ports highlighting that a crucial challenge is the liability problem of the large co-operations. In other words, having no train driver as the legally responsible one, the whole cooperation will be liable in case of system failure for a complete passenger train or a freight train.

There are three concepts of railway automation: 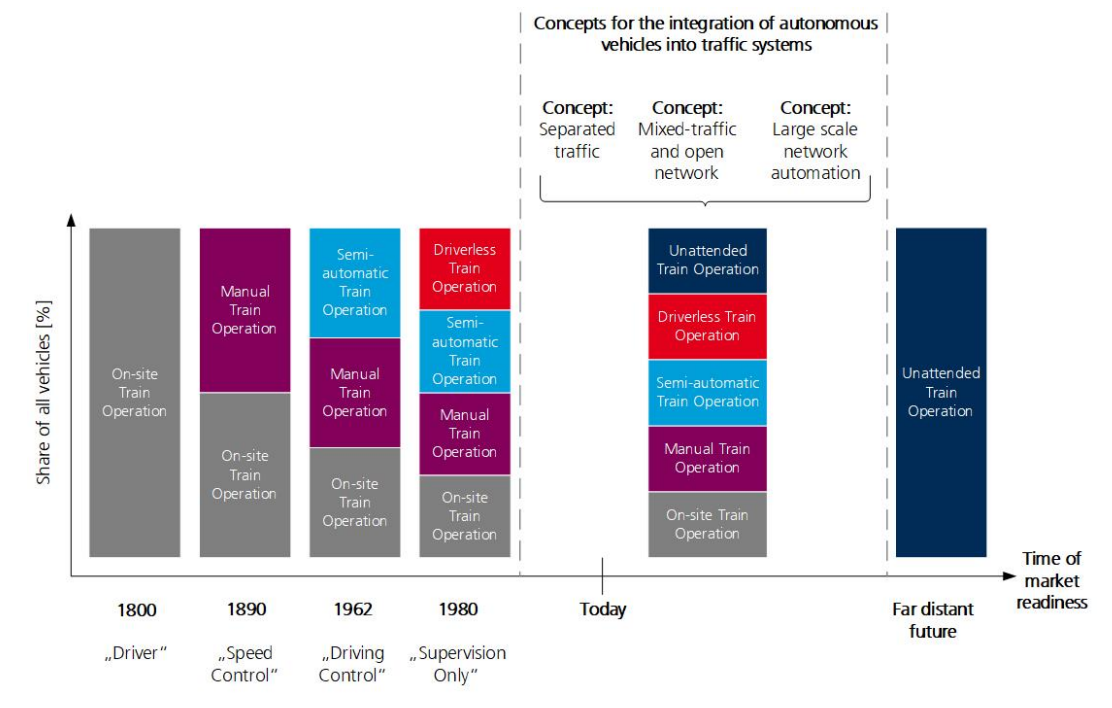 The Intelligent Transport Systems are to be the key to make infrastructure safer and increase its capacity; The European Parliament and the Council of the European Union (2010) defines ITS as follows:

Intelligent Transport Systems’ or ‘ITS’ means systems in which information and communication technologies are applied in the field of road transport, including infrastructure, vehicles and users, and in traffic management and mobility management, as well as for interfaces with other modes of transport.

However, to finally achieve constructing a vessel fully capable of driving itself, there are four basic interdependent functions:

Moving on, the report highlights that ports should be ready to serve their customers’ demand, concerning the future-use of semi-automated vehicles, being it road, rail, air or waterborne. The required steps to prepare for autonomous driving and flying depend on the existing digitalization degree of a port and on its responsibility for the port infrastructure.

The most important challenges to be tackled for the ports include:

It is obvious that ports, either they are in favour of automation or not, will increase their competitive benefit making autonomous driving possible at the early stages, meaning that ports should begin adapting to technology and start, advisably together with the vehicle industry, test sites so called sandboxes. 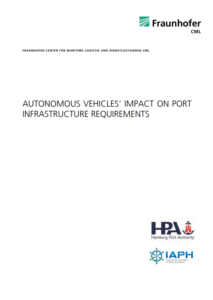