In light of the COVID-19 pandemic, a IAPH-WPSP Port Economic Impact Barometer started monitoring the current situation in world ports and trends compared to previous weeks. In fact, the first survey results were collected in week 15 of 2020, collecting information from 67 ports around the global.

Following the COVID-19 outbreak situation, the cruise industry has been the most impacted by the disease, as two thirds of the respondents indicate that passenger vessel calls are down more than 50% and in some cases even down more than 90%.

With cruise lines' decision to cease operations, only seven ships or approximately 2.5% of the global cruise fleet remains at sea on their way to port. Namely, cruise vessels are berthing for lay-up (no passengers, only crew), with some ports limiting the number of crew remaining on board. 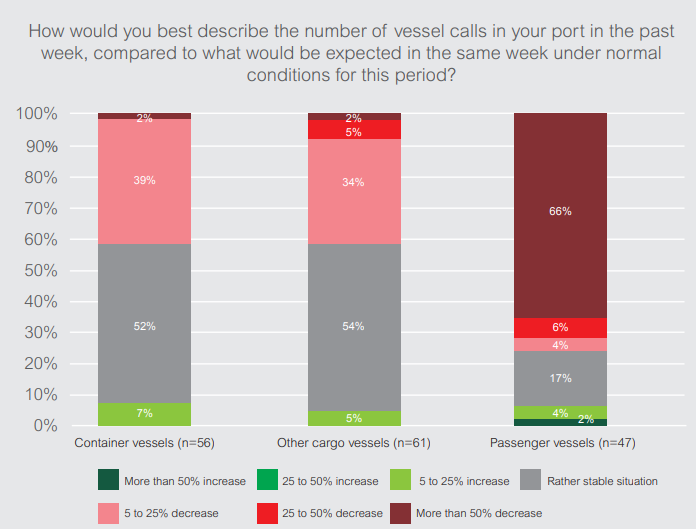 As container ships still calling ports, carrying import cargo for local consumption face delays, and most cargoes are still stored in port storage areas. In the same cases, tanker and ro-ro calls have fallen significantly due to restrictions on direct delivery. For bulk cargo vessels that carry essential goods the condition is reported as stable.

The situation for container vessel and other cargo vessel calls is fairly similar. On the one hand, over 40% of the ports experience moderate (minus 5% to 25%) and in some ports even significant decreases (in excess of a 25% drop) in the number of calls. On the other hand, more than half of the respondents report no changes compared to normal conditions. Ports reported a slight reduction in arrivals due to blank sailings; one port reported additional calls for container vessels loading empty containers, while some indicated the presence of cancellations due to port congestion in other ports.

Speaking for cargo delays, nearly 7 out of 10 ports with inland barge operations indicate that there are no extra delays during the past week due to changes in call procedures (e.g. hygiene inspections, distancing of workforce, disruption of port or related services). Although 2 out of 10 ports reported  minor delays (> 6 hours). 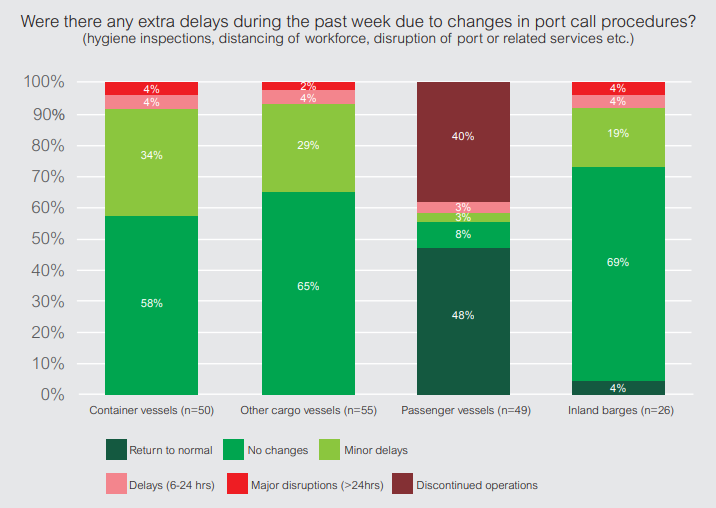 For container vessels and other cargo vessels, more than 90% of the ports point to no or only minor delays. Also here, the worst situation is found in the passenger segment: 40% of the ports have discontinued this type of operations, while nearly half of the ports report no additional delays.

As the report further highlighted, minor delays emerged due to longer shift changeover times, which is a result of social distancing and cleaning equipment between users. Some limits were also observed in operational capacity of container terminals.

Concluding, the COVID-19 crisis has resulted in 36% of ports reporting an increase in utilisation of warehousing and distribution facilities for foodstuffs and medical supplies, with some ports reporting capacity shortages. Only 1 out of 10 ports marked a minor under-utilisation. 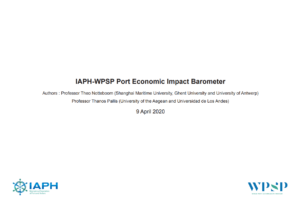