by The Editorial Team
in Green Shipping, Technology 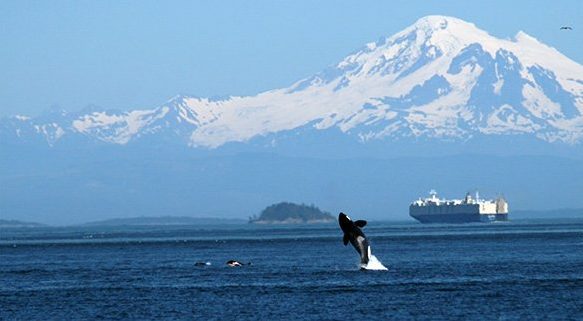 Above image is used for illustration purposes only / Credit: NCE Canada

The Vancouver Fraser Port Authority has expanded its industry-leading EcoAction Program, encouraging vessels that call on the Port of Vancouver to quiet the waters for the endangered whale population along the southern coast of British Columbia. Specifically, the program got into force on January 1, 2019.

The port’s incentive in favour of quieter vessels was firstly launched in 2017 ans was focusing on whales and marine mammals that are being negatively affected by underwater noise.

Specifically, the Port Authority suggests that vessel calling in the port, that have technologies to decrease emissions, underwater noise and other environmental effects will have reduced harbour dues up to 47%.

The program supports the efforts of the port authority-led Enhancing Cetacean Habitat and Observation (ECHO) Program, which is a collaborative research initiative that aims to reduce the effects of shipping on at-risk whales in the region.

Ships that have one or more of these quiet ship notations or technologies are eligible to apply for the reduced fees.

Providing ship owners with a range of incentives and options to encourage quieter ships is one more way we are working with the port community to balance protection of our environment and facilitate increased trade.