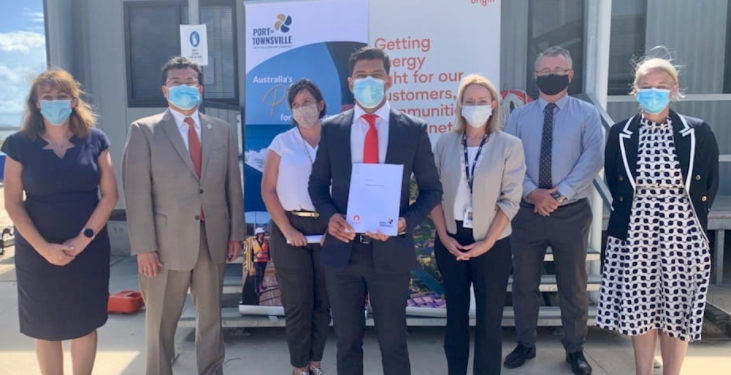 Northern Australia’s biggest general cargo port, Port of Townsville and the Australian energy company Origin inked MoU, which will allow hydrogen to be exported from the region.

Specifically, both sides will collaborate on the potential expansion of the port, as well as the development of a liquefaction facility, new berth and associated infrastructure.

North Queensland is a step closer to becoming a hydrogen powerhouse, with the inking of a new deal between the @townsvilleport and @OriginEnergy. https://t.co/p86fwTXBW3 @GeorgiaRSimpson #7NEWS pic.twitter.com/mABddn1NZ4

As explained, North Queensland’s hydrogen future and the potential of thousands of regional jobs is a step closer with this signed agreement. For the record, this is the first step in launching the multi-billion dollar industry, with exports expected to begin in 2026.

The MoU signed today highlights North Queensland’s importance as a vital link in the supply chain needed for Queensland to become a major renewable hydrogen producer and supplier. We’ve invested in a $232 million upgrade of the port channel, $40 million Berth 4 upgrade and $48 million intermodal facility to ensure the port remains a premier gateway for the north.

In light of the above, Origin General Manager Future Fuels, Felicity Underhill said:

“Townsville is ideally placed to develop a liquid hydrogen facility due to its deep-water port, industrial-zoned land, availability of skilled workers and nearby renewable energy and sustainable water resources. In fact it has the potential to become a leading global hub for hydrogen exports, boosting local jobs, as well as supporting local industry and transport to decarbonise”.

Concluding, uder their agreement, there will be significant export demand for green hydrogen coming from Asia in the 2030s and even sooner from Japan in the mid-2020s.

Precautions when navigating in fishing areas around Ningbo-Zhoushan port