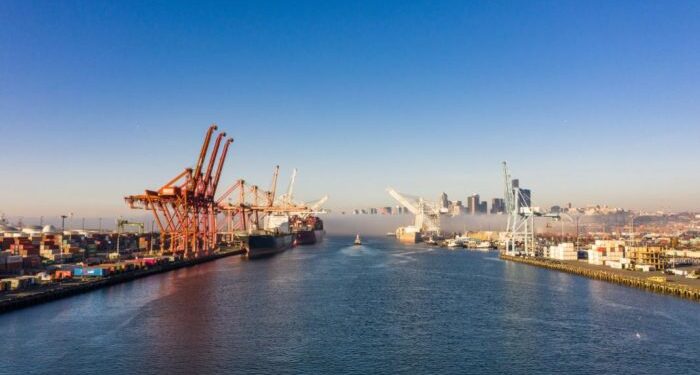 According to a statement, the Port of Seattle became the first port in the United States to adopt principles with the aim to ensure that implementation of public-facing facial recognition technology is clearly justified, equitable, and transparent.

Namely, commissioners created a working group, which aims to develop these principles into policies that can be clearly enforced and measured by March 31, 2020. In addition to this, no biometric technology shall be implemented at Port facilities until Commissioners formally consider working group recommendations and develop relevant policy by June 30, 2020.

Adding to this, it was in December when the United States Customs and Border Protection (CBP) notified the Port of Seattle that it agrees to the Port’s principles and will follow them in federal implementation of facial recognition technology at Port facilities.

It is stressed that the Port developed the principles and working group strategy after inviting comment from airlines; cruise lines; federal agencies; civil liberty as well as immigrant rights groups during public meetings throughout September and October.

The Port of Seattle Commission President Stephanie Bowman commented that

We know of more than 20 other airports that have implemented facial recognition technology, but no other Port has undergone a public process to ensure that implementation would protect passenger rights, and be limited, transparent, and ethical.

The Commission President added that “when this Commission adopts policies in 2020, we will have and have the opportunity to create the nation’s best practices for public-facing biometrics.”

In fact, biometric authentication, also known as “biometrics,” uses biological measurements or physical characteristics, such as facial recognition, to identify individuals and can make travel safer and more efficient by speeding up passenger processing. However, it also raises concerns about privacy, racial equity, cybersecurity, civil liberties and unforeseen uses that raise ethical questions.

The Port stresses that it is only considering facial recognition technology for use in confirming identity during passenger processing, replacing current manual passport control and boarding pass processes for international flights and does not condone biometrics for “mass surveillance”.

The Port is acting ahead of a national rise in public-facing facial recognition technology deployment over the next few years by its private sector and federal partners.

According to the principles adopted by the Port Commission, the implementation of public-facing facial recognition technology at Port of Seattle facilities must be:

The Port will establish a working group to recommend and enforce polices for passenger processing and a mechanism for evaluating performance prior to the implementation of any new facial recognition technology at Port facilities.

The policy recommendations will be delivered to the Port Commission by the end of March 31, 2020. Commissioners will formally adopt these policies by June 30, 2020.

In late 2018, the Port of Seattle Commission approved a five-year capital development plan to invest $348 million in order to improve the economic and environmental vitality of Seattle’s working waterfront.

The 2019-2023 budget blueprint advances more than 20 key maritime and economic development projects to maintain Port assets, advance maritime industries, and invest in communities and the environment between 2019-2023.

Highlights of projects in the $348 million five-year budget blueprint include:

Through the Northwest Seaport Alliance, the Port will invest $340 million for the redevelopment of Terminal 5 to handle ultra-large container vessels.

What is more, In May, the Port of Seattle Commission issued a Request for Qualifications (RFQ) to secure a partner to develop and operate a new, single berth cruise facility at Terminal 46. Commissioners also adopted principles to ensure that a growing cruise business increases local economic benefit and maintains the Port’s leadership as the most environmentally progressive cruise homeport in North America.