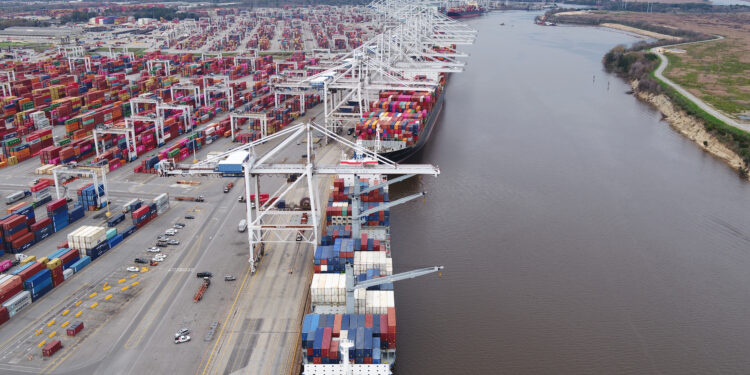 The Georgia Ports Authority (GPA) has inked an agreement with Konecranes for the supply of two eco-efficient mobile harbor cranes for its terminal at the Port of Savannah. After handover in July 2020, the cranes are expected to improve the terminal’s flexibility in handling containers and general cargo.

Historically, the GPA’s Ocean Terminal has been dedicated to breakbulk, heavy lift, RoRo, and some containerized cargo.

The decision of the investment came as there is currently only one ship-to-shore (STS) crane available in this area of the port, so the new equipment will boost ability to handle an increasing volume of imports.

The two new cranes can be used with vessels up to post-Panamax class and have a maximum lifting capacity of 125 tons each.

Each crane is equipped with the innovative hybrid drive, consisting of a diesel engine paired with ultracapacitors to fully comply with EPA Tier 4 final regulations.

They also have built-in readiness for an external power supply to help lower operating costs while reducing noise and exhaust emissions.

The Port of Savannah is a major seaport on the Atlantic coast of the US.

Earlier in February, Griff Lynch, executive director of the Georgia Ports Authority, announced the acquisition of 145 contiguous acres to the Port of Savannah, or more than 1 million TEUs in annual capacity.