Port of Rotterdam’s power grid can be more cost-efficient 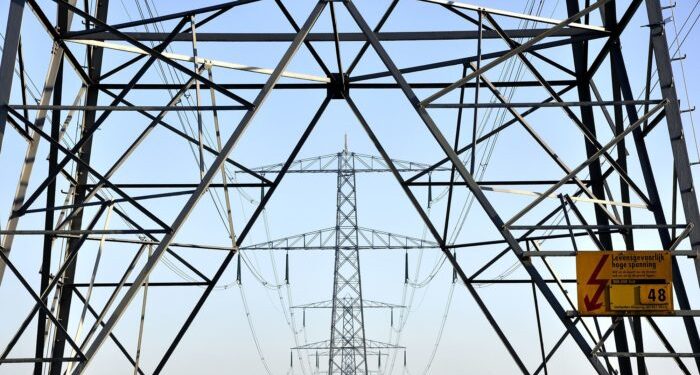 Findings of a study performed by the Port of Rotterdam Authority, Stedin and TenneT, on the consequences of the energy transition for the power grid in Rotterdam’s port area, estimate that there will be a substantial increase by a factor of two and possibly even four, in the demand for green and other electric power over the next few decades on the part of Rotterdam’s industrial sector.

In fact, businesses will need this extra power for the electrification of industrial processes, the production of green hydrogen and for electric transport, and Rotterdam will thus need to reinforce its power grid. This would potentially lead to lower costs to society and shorter lead times when completed, based on a long-term vision instead of existing legislation and regulations. Whatsoever, there is very limited space for extra infrastructure.

The study comes to the conclusion that the issue is in fact urgent “because the capacity of the existing power grids and connections in the port of Rotterdam does not suffice to accommodate future plans for a sustainable port area.“

New high voltage substations and power lines can take 3 to 10 years to come to reality. In the years to come, the energy transition in the Netherlands with the establishment of renewable electric power and green hydrogen, aims to be in line with the Paris Agreement on Climate Change.

In order to make sure that the the necessary reinforcement of the network is completed in due time and at the lowest possible cost to society:

The Port of Rotterdam Authority, Stedin and TenneT recommend the adaptation of legislation and regulations, enabling the step-by-step realization of infrastructure based on a long-term vision until 2050, and not on a fractional response to the requests of individual businesses, resulting to lower societal costs by avoiding the unnecessary installation of parallel power cables as well as minimizing physical bottlenecks due to shorter lead times, further helping with the limited space available in the ports.

Moreover, the Dutch Ministry of Economic Affairs and Climate Policy, or the participants in the ‘Klimaattafel Industrie’ round-table, are recommended to select areas along the coast for the large-scale conversion of electric power into hydrogen and other energy carriers, by the use of offshore wind.

Namely, the hydrogen transport requires far less space and lower investments than electric power. Thus, the economic viability of large-scale hydrogen production depends on a remarkable reduction in the costs of the process of electrolysis.

A third recommendation of the paper is to already reserve a space in the port for future electricity infrastructure, enabling a step-by-step realization of a “robust and future-proof power grid.”

The two grid operators and the Port Authority have explored a variety of technical alternatives in order to increase insight into the required adjustments to the power grid, such as increasing transport at higher voltage levels (150 kV and higher) further combining them with regions with smaller service at lower grid levels (66 kV and below)- calling for a larger number of high voltage substations and limiting the number of new underground power lines that are to be installed, further reducing the claim to scarce space in the pipeline corridors.

The study also highlights the need of changing the existing regulations; Right now, new applications for extra connection capacity are dealt independently of each other and on a ‘first come, first served’ basis, amounting to them being stuck in to the public grid via long connecting lines and being further confronted with substantial connection costs.

The alliance also notes that “careful coordination could limit the increase in the number of new electric connections – and, as a result, the total cost to society,” assuring for a constructive collaboration that will prove of vital importance in the decades ahead.

The Port Authority is responsible for managing the scarce space that accommodates the grid, and further has all the technical know-how for a successful energy transition.