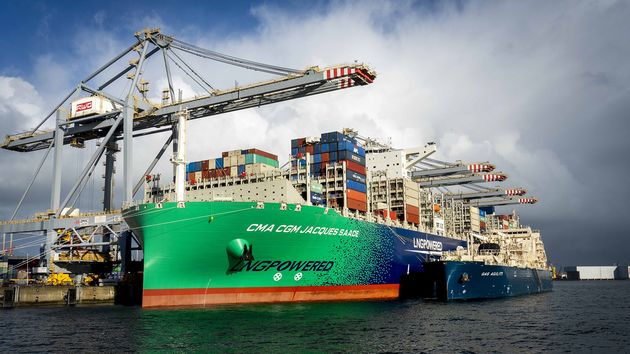 On 22 June, the European Parliament adopted its position on the revision of the EU Emissions Trading System (EU ETS), including the extension of the ETS to maritime transport, a decision which the Port of Rotterdam Authority welcomed.

Namely, the Port of Rotterdam Authority welcomed the Parliament’s position, “as it ensures the greening op shipping while safeguarding the competitive position of EU ports through measures on addressing carbon and business leakage.”

In order for the EU’s carbon emissions trading scheme to become a robust instrument for addressing emissions from the shipping industry, the potential risk of evasive behavior and its impact on the competitive position of EU seaports vis-à-vis non-EU ports must be taken into account

the Port said, adding that research by CE Delft has found that evasive behavior is realistic, even when the ETS price is relatively low (compared to the extra costs of a port call, fuel costs, operational costs, etc.).

As such, the Port Authority supports the measures adopted by the Parliament to make it less attractive for ships to circumvent the EU ETS, i.e. by including non-EU ports in a range of 300 nautical miles in the EU ETS and by covering 100% of the emissions on extra-EU routes as of 2027.

In addition, the European Parliament states that 75% of the revenues generated from the auctioning maritime allowances shall be put into an ‘Ocean Fund’ to support the transition to an energy efficient and climate resilient EU maritime sector.

The Port Authority welcomes the earmarking of revenues for investments in the maritime sector (including investments in port infrastructure and the deployment of alternative fuels) and believes this will stimulate the transition towards sustainable shipping.

As a next step, the co-legislators will start the interinstitutional negotiations in order to seek a political compromise. “The Port Authority believes the position of the Parliament provides a good basis to address carbon and business leakage in the ETS and calls upon the EU Member States to take the Parliament’s position into account.”