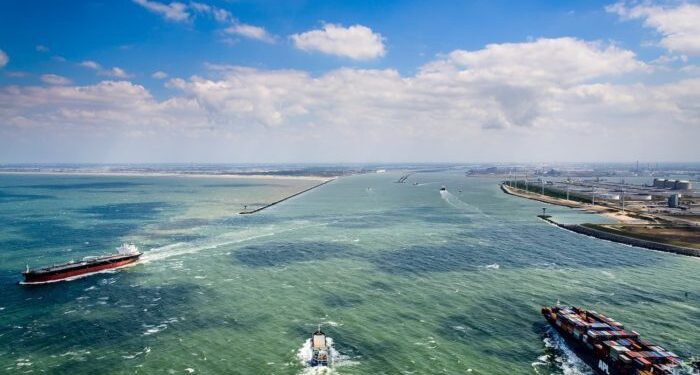 The port of Rotterdam welcomed the European Green Deal which was presented in December 2019, commenting that it will boost Europe’s plans to tackle climate change and achieve its environmental goals.

Specifically, the reveal of the European Green Deal by Ursula von der Leyen, was announced on the sidelines of the UN Climate Conference (COP 25) underway in Madrid.

The objective of 50 to 55% CO2 reduction by 2030 brings Europe in line with The Netherlands’ ambition, which contributes to a level playing field for companies across Europe.

The Authority of the road fully supports the measures as additional investment in rail and inland shipping for the transport sector and the acceleration of low and zero emission transport.

The port has been expressing its aspirations towards a carbon neutral environment, by publishing a three-step procedure in gradually becoming carbon-neutral. The business sector and the Port Authority are now focusing on a series of projects to realise this strategy. The Port Authority is keen to collaborate with the EU in accelerating these projects and, in so doing, make an active contribution to the Dutch and European climate objectives.

Moreover, the port applauds the EU’s decision on spending a quarter of the EU budget on measures from the Green Deal.

However, the authority seems sceptical of the Deal, commenting that “several of the measures stated in the Green Deal appear logical, but the detailing of these plans is still unclear.” For instance, this notice concerns the entrance of the most polluting vessels to European ports, compulsory shore power for vessels and the possible introduction of an Emissions Trading System (ETS) for shipping.

Particular care is needed in further developing these plans to ensure realisation of an efficient and effective transition, which means working towards a CO2-neutral Europe for the lowest possible costs to society.