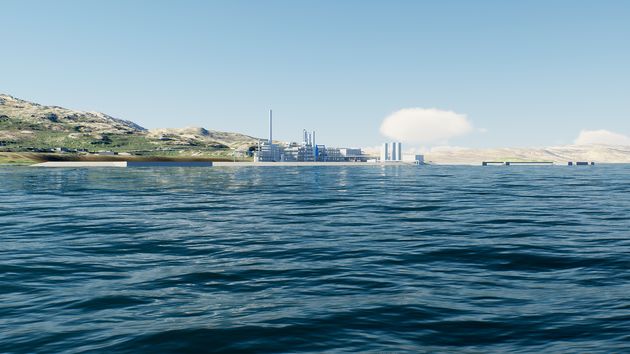 Horisont Energi and the Port of Rotterdam signed a memorandum of understanding regarding setting up a corridor for transport of blue ammonia from Norway to Rotterdam.

According to the agreement, Horisont Energi and the Port of Rotterdam will explore a collaboration to ship blue ammonia, produced in Northern Norway, from natural gas with carbon capture and storage, to the port of Rotterdam, where it will be received for further distribution to meet expected demand in Northwestern Europe.

Final investment decision for the production of blue ammonia at the Barents Blue project is expected towards the end of 2022.

Blue ammonia could be shipped to Rotterdam by 2025. Once operational, Barents Blue will have a production capacity of 3000 tons of ammonia per day, or 1 million tons per year.

We’re excited to be working with the Port of Rotterdam to provide Europe with clean hydrogen and ammonia, while at the same time opening up a new and sustainable production region in the Barents Sea area for clean ammonia

There’s an important role for blue hydrogen if we want to realize the international climate ambitions. This is because especially in the coming years, there will not be enough green hydrogen to meet the demand. We’ll need every possible solution. We therefore focus not only on green but also on blue, just as we don’t only look at local production but also at imports